Large market commercial Radio members have a “mid-term” opportunity to nominate someone to fill a vacancy on the TAB Board of Directors now that Ben Reed of Cox Media Group in San Antonio has announced he’s retiring from the business by year-end. The nominations will be presented to the full Board for consideration at its meeting on Dec. 6. Whomever is selected will serve until the 2021 convention and be eligible to run for a full term.

A list of broadcasters eligible for consideration was emailed to all Large Market Radio GMs on Nov. 26. Nominations are due by COB on Friday, Nov. 30.

The Board meets four times per year, all in person at the TAB building in Austin. Committees meet by conference call.

Board members are responsible for advising TAB staff on member services and legislative policy, providing fiduciary oversight for the organization and assisting with all major organizational efforts, including the NCSA/PEP program, membership recruitment and the Annual Convention.

Directors are not compensated or reimbursed for traveling to Board meetings, nor do they receive complimentary admission to TAB events.

Reed Announces Retirement
Reed, who was elected to the TAB Board in 2015 and re-elected to a three-year term in August, has served as VP/Market Manager for Cox Media Group’s seven station cluster in the Alamo City. 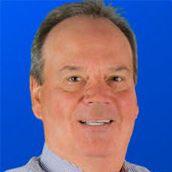 He received a BA degree in Communications from the University of Alabama and got his first industry job in 1982 at KATZ in Birmingham, a station that eventually became part of Cox. He gradually worked his way up in the industry, at one time even overseeing the company’s newspaper in Austin along with stations in numerous markets as a group VP.

In addition to his service to TAB, he has served on numerous local industry committees, the Board of Directors for the Country Music Association and has served as Chairman and Director for the Make-A-Wish Foundation for Central and South Texas.