You are here: Home > Convention & Trade Show > Stan McKenzie
Welcome, guest: Login to your account
no 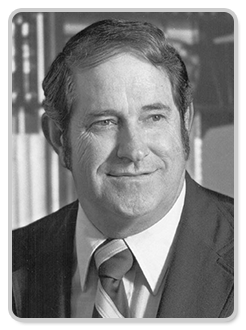 Stan McKenzie was born and raised in Miami….that’s Miami in the Texas Panhandle

He got his BFA in radio broadcasting from UT Austin in 1950.

During his UT years he did sports announcing part-time for KVET Austin and KTAE Taylor.

He landed at KWED Seguin fresh out of college where he did news, sales, editorials, copy writing...and sports.

McKenzie became station manager in 1954 and too over as owner in 1970. He added KWED-FM that same year.

Kern Tips hired him for the Humble Southwest Conference Football Network in 1955.  McKenzie did play by play for them for the next 29 years.

Stan retired from managing KWED in 1985 and sold the property in 1987.

He was always active in TAB, serving as Chairman in 1974.