You are here: Home > Convention & Trade Show > Lowry Mays
Welcome, guest: Login to your account
no

1993 Broadcaster of the Year Award 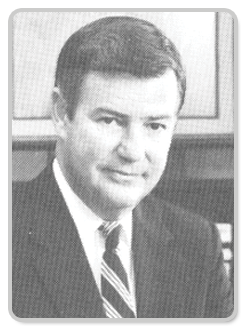 "Lowry Mays was a titan of the Texas business community and respected by admirers and adversaries alike for his business acumen and financial savvy," said TAB President Oscar Rodriguez.

"He left his mark across many great institutions within the Lone Star State and pioneered a transformation of the Radio broadcasting industry whose ripples continue to be felt today. His civic and political contributions to Texas were innumerable and will long be felt and appreciated by all whose lives he touched."

Lowry Mays, investment banker-turn-broadcaster, would never have been in radio or television except for a business deal gone sour.

Mays was left holding the bag in 1972 for a group of investors who failed to fulfill their commitment to buy KEEZ-FM in San Antonio.

Faced with the option of paying off the loan or taking over the station and working out the note, the Harvard educated investments expert decided to become a broadcaster.

Two decades later, Mays heads one of the fastest growing and most profitable broadcast groups in the country.

Under his leadership Clear Channel has delivered a remarkable return on investment at a time when many broadcast properties are hard pressed by heavy debt loans.

An aggressive acquisition program taking advantage of changes last year in radio station ownership rules has brought national attention and recognition. Mays has graced the cover and pages of industry magazines in the past year - touted as the cowboy broadcaster with a winning style.

The buying binge was made possible by Mays' prudent decision to pass up highly leveraged deals in recent years and amass financial resources to buy after prices dropped and ownership rules changed.

Mays, 58, boasts an individual and unusual style in running his company- he provides a highly centralized financial base for his stations, then allows his station managers to take the reins to meet their goals.

He gives his managers wide latitude to run their stations as long as they manage "his money."

McCombs and Mays go way back-so far, in fact that McCombs was the longtime friend that Mays asked for advice about the fateful 1972 purchase of what is now KAJA San Antonio.

"He bought radio advertising, so he knew more about it than I did," Mays said.

A native of Dallas, he studied petroleum engineering at Texas A&M University and earned an MBA from Harvard.

Mays brought an investors' concern for cash flow and return on equity to radio and crafted a business strategy that concentrates on local over national advertisers and focuses on results rather than audience share.

Clear Channel has experienced a steady growth, after-tax cash flow is up at 25 percent compounded annual rate for the past ten years.

Mays has a talent for foreseeing the future and positioning his company to take advantage of trends such as the gains of the Fox Television Network. All but one of his TV stations are Fox affiliates.

Mays also has been more activist-minded than many broadcasters in involving himself in politics and developing friendships with prominent officeholders such as longtime Sen. Lloyd Bentsen and former Gov. Mark White.

White appointed Mays to a six-year term on the Texas A&M University Board of Regents -one of the most highly coveted positions in Texas.

In Washington and Austin, Mays has pushed for regulatory changes such as last year's relaxation of radio ownership restrictions.

And he says he is ready now to tackle television ownership rules.

"I could do a better job for my customer if I had two TV stations and we're a multichannel provider, just like the cable system," he said.

Mays also encourages his managers to develop good relations with lawmakers and to actively participate in broadcast organizations.

Two of TAB's presidents in recent years, Stan Webb and John Barger, were Clear Channel managers and another, Bill Hill, currently serves as a TAB director.

Mays himself served as chairman of the National Association of Broadcasters' Joint Radio-Television Board of Directors, the NAB's top elected post.  He also served previously as president of the CBS Radio Board and the NAB Radio Board.

He is a past chairman of the San Antonio Chamber of Commerce, member of the United Way Executive Committee, and of the University of Texas Health Science Center Development Board.

Although Mays is an ardent A&M supporter, he is married to a former "teasip" as Aggies derisively label UT graduates.

The then Peggy Pitman and Mays met on a blind date while he was assigned to Brook Air Force Base in San Antonio for a two-year military stint.

The Mays have four children, Kathryn Johnson, and Linda, Mark and Randall Mays.

Mays enjoys running his business almost as much as he enjoys "My whole philosophy of life is 'If it ain 't fun, don't do it.'"

Fun for Mays includes raising longhorns on his 1,800-acre ranch near Bulverde, fishing and building a business that is the envy of broadcasters all over the country.