You are here: Home > Convention & Trade Show > Bob Hicks
Welcome, guest: Login to your account
no 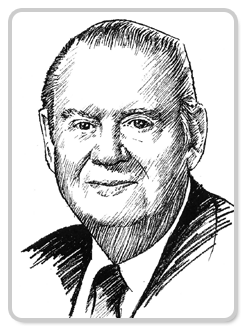 Bob Hicks, owner-general manager of KWEL/KBA T in Midland, has made history in Texas broadcasting and over the past 40 years, helped many current-day broadcasters start their careers.

He got his start in radio working as a disc jockey for Jay Harpole at KVOU in Uvalde. He worked his way up to general manager and then began buying and running stations on his own.

An inveterate jokester, Hicks once invited the president and scores of other dignitaries to a reception at the home of Clint Formby.

Long before the days of WKRP-Cincinnati, Hicks promoted his Falfurrias station's clients by dropping live turkeys from the top of the two-story Hobbs Clothing Store.

Hicks says what makes radio great is its ability to make a difference and help people. He practices what he preaches.

An active member of Kiwanis, Hicks holds the longest record for both perfect attendance and standing membership in the Midland Kiwanis at 39 years.

Hicks was a charter member of the Uvalde Kiwa­nis Club in 1950, served as president of the Falfurrias Club, as Ki­wanian of the year and as the group's youngest lientenant governor.

In Midland, Hicks served on the Chamber of Commerce and organ­ized funding and production of a public relations documentary, "Land of the High Sky."

As Chairman of the Midland Housing Authority, he helped coordinate a $4.1 million HUD project providing 300 low-cost homes. Hicks also serves on the Board of Directors of the High Sky Girls Ranch for orphaned and underprivileged girls.