You are here: Home > Convention & Trade Show > Brian Jones
Welcome, guest: Login to your account
no 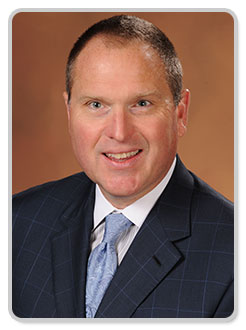 The TAB Chairman’s Special Award is only presented in rare circumstances where the recipient has distinguished himself in extraordinary ways in the interest of helping others.

Former winners include Bob Hicks and Mike Wenglar, for their extraordinary help in constructing TAB’s permanent home in downtown Austin.

The last award was presented in 2009 to the staff of KMOO-FM Mineola for their remarkable dedication to keeping the station on the air and serving the community during Owner and General Manager Jason Hightower’s courageous battle with brain cancer.

This year, TAB Chairman Mary “Mike” Hatcher decided to present this prestigious award to one of TAB’s longest-serving and most enthusiastic advocates.

He has operating responsibility for the Nexstar-owned or operated television stations located in the states of Texas, Louisiana, Arkansas, Missouri, Utah, Montana and California as well as all of Nexstar’s New Media and IT initiatives.

Before that, he served as senior vice-president and regional manager for Nexstar since 2003.

Jones came to Nexstar from CBS-owned KTVT (CBS) and KTXA (IND) in Dallas-Fort Worth, where he served as vice-president and general manager for seven years.

Prior to that, he was station manager and held various sales management positions at KTVT-TV, MMT Sales Inc. and KXAS-TV (NBC) Dallas-Fort Worth.

Altogether, he has 32 years of experience in the television industry, all spent in the state of Texas.

Jones says he has been most proud of being able to oversee 17 TV stations in nine Texas markets during his 10 years with Nexstar.

During that time, Jones and his staff have worked hard to use that footprint to share news content across the state that offers a vastly more-relevant product to viewers.

Nexstar has always believed that the shared news content model is superior to the trend of network/syndicated programming and content simply used to fill time.

In 2012, Nexstar partnered with the Dallas Cowboys to offer locally focused-coverage for each of its Texas markets.

Later this year, Nexstar will complete the acquisition of seven stations in four new Texas markets – Tyler, Waco, Brownsville and El Paso – as well as one additional station in Odessa-Midland.

Jones also is overseeing the opening of a Capital news bureau in Austin to provide even more content to Nexstar’s stations.

This year, Jones concludes 11 consecutive years of service on the TAB Board of Directors.

During his time on the board, he has led planning efforts for numerous TAB conventions, chaired TAB’s biennial legislative conference, participated in Congressional and FCC advocacy efforts, secured the participation of his Nexstar colleagues in TAB programs, engaged the involvement of several new firms in TAB activities and arranged significant sponsorships for several major TAB events.

“Few broadcasters have done as much for TAB over so long a period of time as Brian,” said TAB Chairman Mary Mike Hatcher.

“The breadth of his contributions and service is truly extraordinary.  I’m proud to have served with him and delighted to bestow this honor on one of the hardest working persons in broadcasting.”

Jones is a member of the National Association of Broadcasters Small Market Advisory Committee as well as the Southern Methodist University School of Journalism Advisory Board.

He is a graduate of Plano Senior High School and holds a BS from The University of Texas in Austin.

Outside of business, Jones has served as president of the Highland Hills Homeowners Association, football parent advisor for Lake Highlands High School and coached youth football for nine years in the Spring Valley Athletic Association.