He succeeds Max Rudolph, who retired after 37 years. 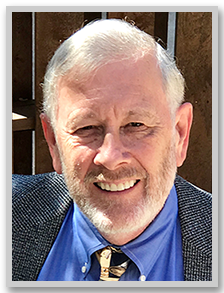 Woolley will oversee the day-to-day operations of the radio station and all programming, fundraising and managing the station’s annual budget.

Woolley’s career in radio began at the age of 17 when he worked for KYLE-FM.

He graduated with honors from Temple Junior College (now Temple College) and entered the Radio-Television-Film school at the University of Texas at Austin, graduating in 1972.

During his college years, he worked as an announcer and newscaster for KTEM Temple and KNOW Austin.  He also worked the afternoon shift at KTAP (970) Austin while at UT and served as booth announcer for KHFI-TV (now KXAN-TV).

Woolley returned to Central Texas and worked for local radio stations KTEM and KPLE-FM.  He left broadcasting for a while to start an advertising agency that operated in both Temple and Austin. He later sold the agency to purchase KTEM radio.