Michael Braun, a former station announcer, chronicled the early days of KWTX-AM – from the license application by a future Texas governor to the young Radio manager who put the station on the air in 1946. 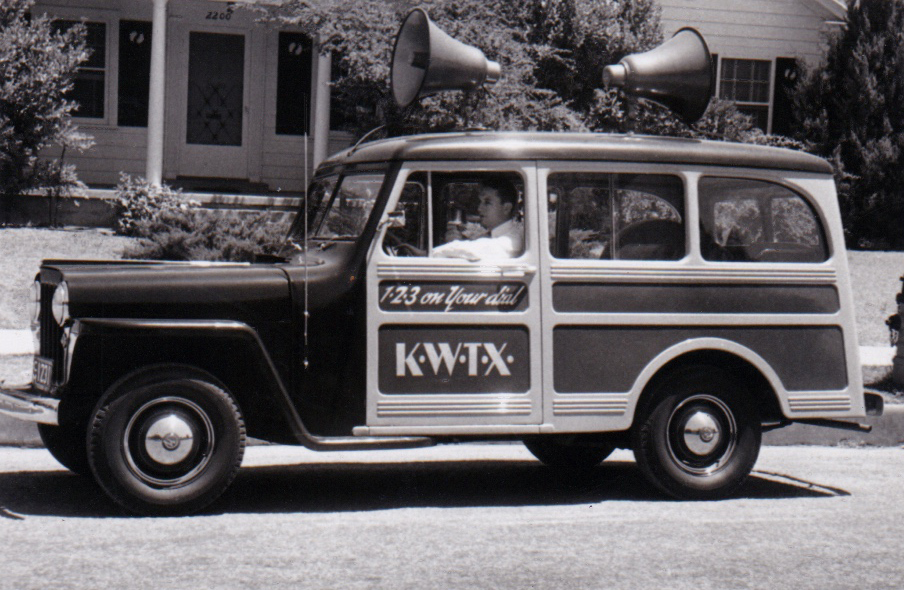 Station Manager Buddy Bostick (shown) drove through Waco neighborhoods in 1946 announcing the program schedule from this Willys Jeep equipped with a public address system and loudspeakers.

TAB named Bostick Pioneer of the Year in 1996.