- Some Rates Fall Below Current Levels

The Federal Communications Commission last week reversed course on its plans to increase Radio and TV stations’ annual regulatory fees, announcing it was ratcheting back the proposed hikes that ranged from eight to 15 percent.

The final outcome represents about a nine percent average decrease from the proposed 2021 rates.

A unanimous decision, the move came in response to a united, months-long effort by industry advocacy groups including TAB, NAB and state broadcast associations representing the remaining 49 states, the District of Columbia and Puerto Rico. 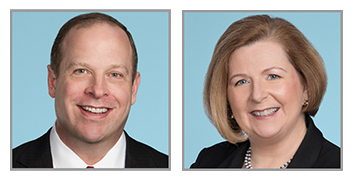 “Given the statutory framework for regulatory fees that the FCC operates under, and its refusal in prior years to make significant adjustments to its methodology, this is a very good result,” said Scott Flick.

“It provides not only short-term relief for broadcasters, but a path forward to making bigger fixes that will hopefully reduce the economic pain regulatory fees impose on broadcasters every year.”

Before and After
This chart illustrates how much individual Radio license fees were proposed to increase and the final fees approved.  TV licensees received a similar benefit, but because each TV station pays a unique fee based upon its precise population coverage, those numbers can’t be so neatly presented.

The outcome is particularly significant because there are 122 fewer stations nationwide, spreading the regulatory fee burden across fewer stations.

In 2019, TAB and its counterparts weighed in on the FCC’s planned rate hike, resulting in the correction of a mathematical error embedded in the calculation.

Last year, with the industry firmly in the grips of the COVID-19 pandemic, the FCC rejected our arguments to freeze rates, but provided some accommodation for stations unable to pay.

The reduction is believed to be the first in the history of the FCC.

Year over year reductions in broadcaster regulatory fees are a rarity, particularly at a time when inflation has significantly increased most broadcaster costs.

Pandemic Relief
The special “pandemic relief” we obtained last year will remain in place for 2021 regulatory fees.  These include:

Time for Big Tech to Pay Freight
In response to industry complaints that the FCC was saddling broadcasters with expenses for activities benefiting unregulated industries that currently pay no fees, the FCC has launched a proceeding to consider expanding the universe of regulatory fee payors to include new types of entities, such as “unlicensed spectrum users, especially large technology companies.”

Adding such payors will reduce the need for the FCC to rely so heavily on broadcasters to fund its operations in the future.