PHOTOS and VIDEO of the event will be available soon. 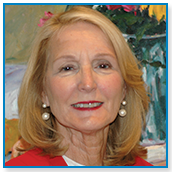 Throughout her long career in Texas Radio and Television, Jackie Rutledge stands out as a shining example of dedication to the broadcast industry and her local community alike.

Starting out at the Houston Chronicle in 1977, Rutledge’s career took her to radio stations in Temple and Lubbock before she spent 23 years at KTXS-TV Abilene.

She rose through the ranks from AE to GSM and then VP/GM.

Under her leadership, the stations achieved strong ratings, created excellent promotions and received many community accolades, as well as industry honors.

From San Antonio, she moved to KWES-TV Odessa-Midland to work for Drewry and Raycom Broadcasting.

Throughout her career, Jackie mentored scores of young professionals and helped them navigate their careers, offering counsel and encouragement even when it meant highly prized talent moving on to larger markets.

She taught a lot of other experienced broadcasters a thing or two, as well, during her 10 years of leadership on the TAB Board of Directors, which she chaired in 2007.

I know that Jackie often has said that when it comes to business, she leads with her head and keeps her heart in the drawer," said former TAB Chairman Jerry Bobo.

"But I will say that Jackie Rutledge – throughout her life – has demonstrated that you can achieve great things and succeed in business when you act with compassion, work in good faith, live with purpose – and never give up." 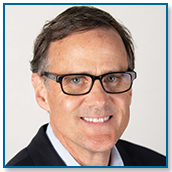 In his 13 years serving as Vice-President and General Manager, Eric Lassberg's leadership and team building has raised KXAN-TV Austin to new heights.

He has built and developed a culture that breeds excellence and inspires the staff to do their best every day.

Under Lassberg’s leadership, KXAN-TV has received numerous awards for journalistic excellence and developed one of the leading weekly broadcast news programs focusing on state policy and politics called State of Texas which now airs in 12 Texas markets.

The award recognized a special broadcast of State of Texas, a program focusing on one long-form investigation into the Texas Railroad Commission Chairman and the conflicts of interest related to her politically prominent family.

"Eric’s belief in investigative journalism and community involvement makes the KXAN team proud to work for him, though he is the first to credit the team for the stations’ accomplishments," said Tom Ehlmann, President/GM of KXAS/KTVT-TV Dallas-Fort Worth.

His dedication has created a culture in which everyone truly feels they are part of something that can make Central Texas better each day. He is an ideal example of what a broadcaster may achieve through hard work, core principals and a true belief in what television stations may achieve within a community." 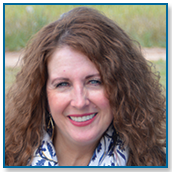 TAB presented the inaugural Broadcaster of the Year Award in 1986. In 33 years, only six women have received the honor.

"The 2019 Radio Broadcaster of the Year is not only an example to enterprising young broadcasters – men and women alike – she is an inspiration to us all as the SOLE owner of her hometown station – KLVT-AM Levelland," said TAB Chairman Sarah Frazier

Moody started in broadcasting in 2006 as a rookie sales rep for the High Plains Radio Network. In two years, she advanced to Sales Manager and became the Station Manager in 2010. She started her own LMA in 2012 and went into business for herself – purchasing KLVT-AM just one year later.

In only three short years, Moody’s Cute Boots Broadcasting had paid for the station, demonstrating the viability of Small Market Radio as a business opportunity for young entrepreneurs.

Moody not only manages her broadcast team of three, she also handles more than 50% of the sales for the station, performs day-to-day administrative duties and hosts/produces a very successful morning show.

"Tania Moody not only is a shining example of what it means to be a local, Texas broadcaster, but also that Radio continues to be a great business and community inspiration when you have the drive, passion and dedication," Frazier said. 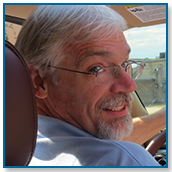 In the tradition of Broadcast Legend George Marti, Stewart has been active in nearly every facet of the business.

Starting out as an announcer/engineer at KFMX-AM-FM Lubbock, he spent 23 years as the Station/Corporate Engineer for the Tichenor Media System stations (which became Heftel, then HBC then Univision Radio).

David stayed with the group through all the transitions.

He served as corporate engineer/director of engineering and VP of engineering for Hispanic Broadcasting and Univision Radio for 13 years. In that capacity, he oversaw more than 40 engineers from all over Texas.

He currently runs his own engineering company serving many rural stations – Moving Target Consulting Works – and is owner/operator of KPET-AM Lamesa, “THE local voice of Dawson County, Texas.”

"Throughout his career, David has never wavered from providing the best engineer/consulting services, while keeping his values and worth ethic high. George Marti would be proud," said Univision's Bret Huggins. 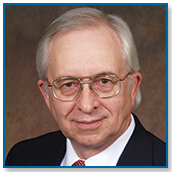 Mac Aipperspach has worked in the broadcast industry in one form or another since 1972.

He started on-air at the campus radio station at John Brown University in Arkansas, eventually being promoted to Station Manager.

Upon graduation, Aipperspach worked at KAMO Rogers-Bentonville, AR and then KBUD Athens and KPAN Hereford – where he was able to work with Pioneer Texas Broadcaster Clint Formby.

After completing his master’s degree in Radio/Television/Film at the University of North Texas, he joined the faculty at Del Mar College in Corpus Christi.

The Del Mar RTF program was only a year old when he was hired. Over the next 38 years, the program has gone from a converted classroom to a specially designed Television studio with auxiliary rooms for audio and video editing, as well as a suite specifically designed for Radio.

Aipperspach also has been an active member of the Texas Association of Broadcast Educators since the mid-1980s – serving as Secretary/Treasurer for 25+ years.

"Mac works hard at bringing broadcasters and educators together to benefit each other in the industry and broadcast education," said TABE's Sherry Williford.

"He tries to provide his students with the best training possible and make it as realistically close to what they would encounter if working in the industry. Many of his former students have gone on to successful careers at Texas stations and nationally."