You are here: Home > News & Events > News > 2021 TAB Board Elections…
Welcome, guest: Login to your account

TAB’s annual Board of Directors elections ushered in five new Radio and Television broadcasters to represent stations according to market size or license classification.

Four others and one Associate Member were re-elected, along with a new slate of officers to be chaired by Univision Media’s Mark Masepohl (pictured). 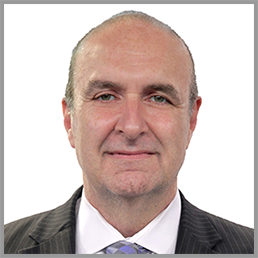 The results were announced at the Annual Business Meeting during the TAB Show, Aug. 3-4 in Austin.

Board members are responsible for advising TAB staff on member services and legislative policy, providing fiduciary oversight for the organization and assisting with all major organizational efforts, including the Public Education Partnership program, membership recruitment and the Annual Convention.

The 37-member Board meets four times per year and committees meet year-round. Board members are not compensated or reimbursed for traveling to Board meetings, nor do they receive complimentary admission to TAB events.

New Chairman, Officers
As leader of Univision Media’s Dallas-Fort Worth stations, Masepohl is the first Spanish-language broadcaster to serve as Chairman.

First elected to the Board in 2011, he served six years as a director before joining the Executive Committee as Treasurer and working his way up to wield the chairman’s gavel.

Prior to becoming an officer, he helped lead multiple initiatives for TAB, from the expansion of direct services for members stations and the annual TAB Show, to legislative efforts in Austin and Washington, DC.

He has decades of experience in Texas Radio and Television, working with various English language stations on the sales side before joining Hispanic Broadcasting (now Univision) in 1998.

Advancing to the Executive Committee for the first time is John Moesch, leader of independent operator Brazos Communications West in Odessa-Midland.

He represented Medium Market Radio stations for six consecutive years before being tapped to eventually advance to Chairman.

Television Seats
Robert Sarabia of Telemundo’s KVDA-TV San Antonio was re-elected as a Large Market TV director, while Pat Stacey with Gray Television’s KLTV- TV Tyler returned to the Board after a one-year hiatus following a six-year stint as a director.

Joining the Board for the first time is Brent McClure with KFDA-TV Amarillo, also a Gray-owned station.

He will be the first PBS representative to serve on the Board in at least 27 years.

This year, that included TAB 2020 Chairman Gayle Kiger with TEGNA’s KCEN-TV in the Waco-Temple-Bryan market.  Kiger served as a director for six years representing “Other” Market TV members before advancing through the ranks of the Executive Committee for five years.

Three other directors also retired, some after as much as six years of service, including: