You are here: Home > Convention & Trade Show > Wayne Kearl
Welcome, guest: Login to your account
no 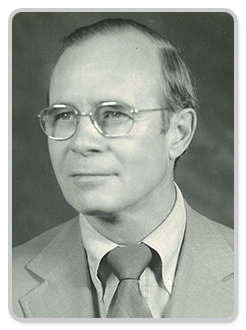 Wayne Kearl of San Antonio received the highest honor the Texas Association of Broadcasters can confer on one of its members Tuesday night when he was named Pior.eer Broad­caster of the Year.

Now in the 40th year of his career in broadcasting, Kearl is Chairman Broadcast/Entertainment, Harte-Hanks Communications, Inc., and president of that group's broadcast operations.

He was recognized as pioneer broadcaster at a banquet during TAB's Convention at Loews Anatole Hotel in Dallas.

The award is presented each year to a Texas broadcaster who has been in the industry at least 25 years, and who has added stature to the profession through his work in the industry and in his community.

Kearl has been in television almost as long as TV stations have been broadcasting, beginning in 1949 in the sales departruent of KSL-TV in Salt Lake City.

A native of Alberta, Canada, he attended the University of Alberta and Drigham Young University before taking his first broadcast job in 1941 as an announcer and copywriter for KOVO (AM) in Provo, Utah. He joined the KSL (AM) staff in 1945, and later worked at Los Angeles TV stations before moving to Honolulu in 1952 to help put KGMB, Hawaii's first television station, on the air.

In 1954, he became sales manager for KENS-AM-TV in San Antonio. He was promoted to general manager of KENS-TV in 1958,
president of the station in 1966, group president of Harte-Hanks TV stations in 1974, and to president for broadcast operations
last year.

In a profile published recently in Broadcasting magazine, Kearl was quoted as noting that he feels satisfaction at having taken part in the development of television.

"As marvelous as that experience has been, he says, he believes that the new technologies that are now coming to influence the medium mean 'the most exciting period is ahead.' He believes such advances as cable, home video cassette recording, video disks and teletext services will 'significantly extend' today's basic television service."

A member of the International Committee of the National Association of Broadcasters, Kearl also has served as chairman
of NAB's Television Code Review Board.

He and his wife, the former Dorothy Hatch, were married in Provo in 1941. They have three sons: Stan, Ted ard Robert.

Kearl passed away on September 6, 2017 - just seven weeks before his 99th birthday.