You are here: Home > Convention & Trade Show > Tom Ehlmann
Welcome, guest: Login to your account
no

2014 Broadcaster of the Year 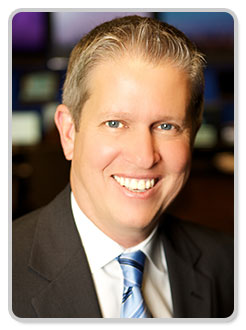 TAB’s Broadcaster of the Year Award honors someone who has made significant industry contributions, especially in the past year.

This year’s award winner is a passionate leader who always has an eye on strengthening not only his station, but also the broadcast industry.

Tom Ehlmann has been a familiar face in Texas broadcasting since the 1980s, where he represented many Texas television stations as the manager of the TeleRep office in St. Louis, MO.

He served as vice-president and general manager of Tribune’s KHWB-TV Houston from 1998-2004.

From there he was promoted to the Tribune flagship station, WGN-TV in Chicago, where he also served as VP/GM from 2004-2008.

Ehlmann returned to Texas in 2008 to run KXAS-TV Dallas-Fort Worth and helped to later complete the transition from GE to Comcast ownership of NBC and
KXAS-TV.

In this role, he is responsible for all aspects of NBC5/KXAS-TV and NBCDFW.COM.

In November 2013, after 65 years in its original facility, the station moved 18 miles to the center of Dallas-Fort Worth into a newly constructed, state-of-the-art building unlike any other TV station in the country.

Mindful of its role in the history of the city and state, Ehlmann negotiated a transfer of the historic station site to the City of Fort Worth with provisions that allowed the station to remain firmly within the city limits.

Ehlmann sought out the best ideas from all his employees, making sure they all had a voice in creating the “station of the future.”

Building a station from scratch takes attention to detail, but moving in while staying on the air the entire time takes great planning and organizational skills.

He sustained the project planning through an ownership change while maintaining the station’s heralded commitment to local news, including the production of a comprehensive mobile app chronicling the Kennedy assassination in observance of the event’s 50th anniversary.

A champion of journalism

In 2013 the Investigative Team won a National Edward R. Murrow Award for “Driven to Distraction,” a seven month long investigation that revealed serious crashes, injuries and deaths caused by police officers distracted by technology, such as computers and smart phones.

The series led to significant policy changes at two of the largest police departments in Texas.

The station also now has the state’s largest weather department, with six staff meteorologists and a network of community based MMJ’s.

In addition to his efforts at KXAS-TV, Ehlmann is active in the market and keeps his station committed to serving the community.

In 2012, the DFW chapter of American Women in Media recognized Ehlmann as General Manager of the Year.
Ehlmann has served several terms on the TAB Board of Directors and led TAB delegations to advocate on industry issues before Texas members of Congress.

He also helped plan TAB Conventions, assisted in the development of key TAB member services and has been a strong supporter of  TAB’s Non-Commercial Sustaining Announcement program.

Ehlmann was a Boys Club member when he was a child, and continues his participation as an active past Board Member in both the Houston and Dallas Boys & Girls Clubs.

He has also been involved with Junior Achievement, Muscular Dystrophy Association, the NBCU Foundation Community Affairs Council and the Botanical Research Institute of Texas (BRIT).

“He embodies the finest traditions of our industry and is most deserving of TAB’s Broadcaster of the Year Award.”