You are here: Home > Convention & Trade Show > Tania Moody
Welcome, guest: Login to your account
no

2019 Radio Broadcaster of the Year 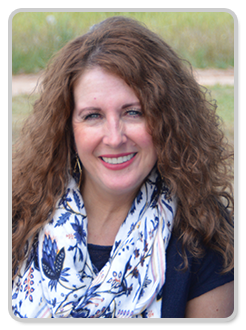 TAB presented the inaugural Broadcaster of the Year Award in 1986.

In 33 years, only six women have received the honor.

TAB presented the inaugural Broadcaster of the Year Award in 1986. In 33 years, only six women have received the honor.

"The 2019 Radio Broadcaster of the Year is not only an example to enterprising young broadcasters – men and women alike – she is an inspiration to us all as the SOLE owner of her hometown station – KLVT-AM Levelland," said TAB Chairman Sarah Frazier

Tania Moody started in broadcasting in 2006 as a rookie sales rep for the High Plains Radio Network.

She had no broadcast experience, but she took the opportunity and ran with it.

In two years, she advanced to sales manager and became the station manager in 2010.

She started her own LMA in 2012 and went into business for herself – purchasing KLVT-AM just one year later.

“Here’s someone with no industry interest (other than needing a job), who took an opening and turned it into an opportunity to own and operate a successful business…and it happens to be in our broadcast Industry,” said Monte Spearman, President High Plains Radio Network.

Moody not only manages her broadcast team of three, but also handles more than 50% of the sales for the station, performs day-to-day administrative duties and hosts/produces a very successful morning show.

Moody and her team recently launched the “Good Morning Texas Show” via Facebook Live and on a media streamer to the KLVT webpage.  The 90-minute program airs every Monday-Friday.

“I have been in the Radio business nearly 20 years and I have never worked for somebody as plugged in to her business, her community and her employees like Tania,” said Michael Wiiest, KLVT Station Manager/Sports Director.

“She is amazing in every way and truly embodies what Small Market Radio does for small communities. With her it is all about her listeners, her clients, and her community.”

Involvement in her community is an understatement.

“Tania is a great example of a local business owner who is truly invested in their community. Her biggest asset is she’s an ACTIVE member of these organizations and giver her time and resources, whether or not she is in a leadership role,” said DeEtte Edens, Levelland ISD School Board.

“I will always argue that Small Market Radio is the hardest level there is to operate Radio stations to the point of not just paying the bills, but also being profitable and growing a real business,” Spearman said.

Through her accomplishments, business growth efforts, attitude, commitment to her station and community and her diligence – Tania Moody continues to be a shining example of what it means to be a local, Texas broadcaster.