You are here: Home > Convention & Trade Show > Susan McEldoon
Welcome, guest: Login to your account
no

2018 Broadcaster of the Year 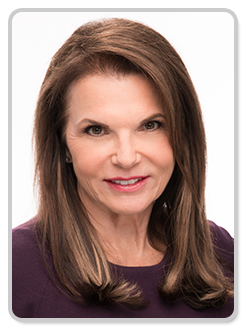 Susan McEldoon's lifetime of dedication and preparation have come to distinguish her as TAB’s 2018 Broadcaster of the Year.

She joined KHOU-TV in 2004 as General Sales Manager and quickly moved up the ranks to become President/General Manager in 2007…the FIRST WOMAN to hold that title at a Houston TV station.

Under her leadership, the station has been recognized nationally with three of the most prestigious journalism awards in the country:

In 2009, she was named Broadcasting & Cable’s General Manager of the Year in the large market category.

Her passion for the city of Houston, dedication to the station, and knack for creative problem-solving all came to bear in the past year as Houston and the station itself confronted one of the greatest natural disasters in the city’s history.

"I watched from our broadcast studios on the 19th floor as Hurricane Harvey’s rains swept over much of the city and inundated KHOU, and watched in real time as the the brave news team realized the station would be forced off the air," said Sarah Frazier, General Manager of Entercom Radio Houston.

As if living proof that “chance favors the prepared mind,” McEldoon had worked months before the storm to plan for such an emergency.

She ensured her team had shelter and food, sleeping at the station for days…consoling and coaching those who had lost their own homes or cars.

In the days following the storm, she formed a partnership with Houston Public Media to temporarily relocate the station.  Now orchestrating operations across multiple sites in Houston and Dallas, she continues to work tirelessly to stabilize, restore and advance KHOU-TV's commitment to the community.

Out of 47 Television stations in 39 markets across the country, TEGNA presented McEldoon with the company’s Manager of the Year Award in April.

She had been planning to retire at the end of 2017. But after the cascading impact of Harvey on her station's operations, her heartfelt sense of obligation made her reconsider. Instead, she’s helping plan the station of the future at KHOU-TV’s new location.

"Since the day I rolled into Houston I have admired her," Frazier said.

"She is a strong and confident business leader who serves as a model to her team, her fellow broadcasters and the people of Houston."