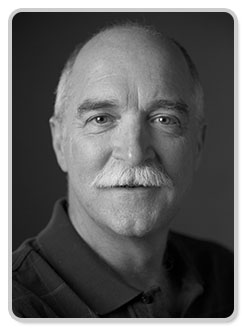 Dr. Sam Sauls has been in the field of education for more than three decades.

He retired as an Associate Professor from the University of North Texas in August 2013, after 29 years on the faculty in the Department of Radio, Television and Film.

He has combined his experience in commercial and noncommercial radio to help advance broadcasting by educating hundreds of young people, and perhaps some not so young, in the field of radio/television.

Dr. Sauls’ interest in the field of audio dates back to his initial studies at San Antonio College while working on his associates’ degree.

He began his career in radio at KSYM San Antonio.

He was on-air at KTSA, KTFM-FM, KITY-FM, KONO and KSYM in San Antonio, as well as KDNT Denton, KMMK McKinney and KAFM Dallas.

He also worked as an account executive at KEMM-FM Greenville.

Dr. Sauls continued to work in radio at the college station – KNTU-FM – while an undergraduate and graduate student at UNT.
He worked for four years in Saudi Arabia as the audio production/language laboratory manager at the National Center for Financial and Economic Information in Riyadh.

He also directed field operations for City Colleges of Chicago in Europe while living in Germany and taught speech courses for Central Texas College in Heidelberg and Mannheim.

Dr. Sauls eventually returned to the University of North Texas in 1984 as a lecturer in the UNT Department of Radio, Television and Film and station manager of the campus radio station.

He served as station manager until 1994, upon completion of his doctoral degree.

At that time he became an assistant professor and was promoted to associate professor in 2000.

During his tenure, he also held the roles of Associate Chair and Director of Graduate Studies in the Department of Radio, Television and Film.

Using wit, humor and a very approachable style, Dr. Sauls was always a University of North Texas student favorite who helped nurture those interested in audio and enlighten those who were not.

He is extremely passionate about the subject and has a wonderful ability to communicate that allows his students to achieve through his guidance.

A highlight of Dr. Sauls’ career in education is his longtime membership with the Broadcast Education Association.

Dr. Sauls has been a long-standing member of the Texas Association of Broadcast Educators. He has held many of the offices in this organization, including President.

Dr. Sauls has always been very supportive of TABE’s mission and because TABE is affiliated with BEA and TAB, his support has extended to the other organizations.  Through his participation with TABE, he is familiar with the concerns and issues that face TAB and broadcasters.

He also is the founder and president of Samuel J. Sauls, Inc., specializing in publishing, educational consulting and professional services.

His first edition of his work text, Basic Audio Production: Sound Applications for Radio, Television, and Film, was published by Thomson Custom Solutions in 2006, followed by the second edition in 2007.

He is the lead author of the seventh edition of Audio Production Worktext: Concepts, Techniques and Equipment from Focal Press, published in March 2013.

With Bud Buschardt, the book The Sump’n Else Show is planned for publication in 2014.

Dr. Sauls and his wife, Donna, reside in the mountains of Pennsylvania where he is an adjunct professor in the Department of Communications at Susquehanna University in Selinsgrove.

The fall 2014 semester will begin his 31st year in higher education and teaching broadcasting.

Colleagues know him as funny, wise and devoted to academia in Texas.

He is in every sense a dedicated academic, with a real passion to help shape the next generation of broadcasters.