You are here: Home > Convention & Trade Show > Phil Hurley
Welcome, guest: Login to your account
no 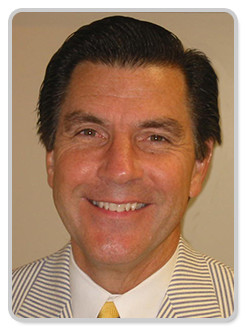 2015 Broadcaster of the Year

Phil Hurley personifies what it means to be a “Local Broadcaster.” In his distinguished 30+ year career, he personally has been involved in building multiple television stations from the ground up and making them community service leaders.

Hurley attended Austin College in Sherman on an academic scholarship and subsequently earned a Bachelor of Business Administration degree in Marketing with Honors from the University of Texas at Austin in 1971.

He entered the business world with Southwestern Bell Telephone in 1971 and held several top management positions with the company before joining Interfirst Bank in Tyler in 1979 where A.W. “Dub” Riter asked him to build a marketing department. He served as Senior Vice President for five years.

“I spent a lot of time with financial statements and in lending and learned exactly what it takes to run a business from that standpoint,” Hurley said.

“Dub Riter also taught me the value of community, of participating in it…those things you don’t necessarily get a check for.”

He entered the broadcast industry in 1983 with the ABC affiliate in Tyler (KLTV-TV) and served as General Manager until 1986 when he left to form the Lone Star Broadcasting Company, the owner of Tyler’s NBC affiliate.

He organized and built KETK-TV and KLSB-TV in Tyler and Nacogdoches and sold these stations to Max Media in 1997, remaining with the stations through 2000.

Hurley left Texas in 2001 to serve as President for Max Media of Montana, a group of four ABC stations and one NBC station.

But the Lone Star State was his true home and Hurley returned in 2003 to manage the Nexstar Broadcasting Group’s NBC affiliate in Beaumont.

In 2004, Hurley rejoined the Max Media family as President and General Manager of Max Media of Texas.

In 2004, Hurley signed on the air with KYTX-TV Tyler-Longview, adding a CBS affiliate to the market.  CBS 19 became the first station in the region to broadcast in High Definition.

He subsequently sold the station to London Broadcasting Company in February 2008 and joined LBC as EVP/COO, overseeing the operations of all of LBC’s television properties.

As Hurley described it, LBC was to be a multi-dimensional entertainment and broadcasting company concentrating on Texas television broadcasting and Texas music. The company’s motto was “Texas born. Texas proud. We are Texas.”

He built out digital networks, added original programming and introduced HD broadcasting and multi-cast channels to stations in several markets, including local news at the Bryan-College Station property and additional news offerings at the Abilene and San Angelo stations.

Throughout his career, Hurley has been a leading advocate for TAB and its efforts to shape legislative and regulatory policy for local television and radio stations in Austin and Washington, DC.

His advocacy for TAB has inspired the managers at the group’s stations throughout the state to follow in his footsteps, helping the organization secure key support from state and federal lawmakers for TAB’s policy initiatives and giving top priority to TAB’s NCSA campaigns advancing the well-being of all Texans.

Hurley continues to motivate the stations under his command to be stewards of their communities. The stations routinely contribute air-time, news coverage and hands-on support for local job fairs, food banks and other non-profit agencies addressing local needs. Under his leadership, his stations can lay claim to providing hundreds of thousands of dollars in community and public service annually.

Additionally, Hurley has launched the careers of literally hundreds of broadcasters across the state of Texas.

As a mentor, his colleagues say he is always available, consistently on point, motivating, instructional and skillful at pushing them to reach new heights.

In a time of rapid change in the broadcast industry, Hurley has demonstrated that the passion, innovation and leadership that built the industry continue to shape its future and strengthen local communities throughout Texas.