You are here: Home > Convention & Trade Show > Norm Philips
Welcome, guest: Login to your account
no 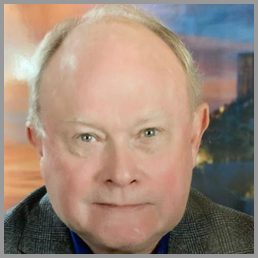 Philips started working at the Morehead State University Radio Station while pursuing his degree in Electronics and Radio/TV.

While still in college, he worked at several commercial stations in Kentucky, Ohio and West Virginia.

“It was in Ashland, Kentucky in 1973 that I met Norm Philips, ON THE PHONE,” said Dan Halyburton, former Senior VP/General Manager of Group Operations for Susquehanna Radio Corp.

“Norm was doing the night shift at WKEE and I needed a midday jock. I called the request line, told him who I was and asked if he be interested in making the move to WTCR – a 5,000-watt daytimer.

“He told me his real interest was being an engineer, and I said even better! Our chief was talking about retirement and we were building new studios and a new transmitter site.

“Norm made the move…and the move to our new studios cemented our friendship. The new studios were close to complete and the 5KW Gates was moving to the new site when the old 5kw transmitter bit the dust.”

Halyburton and Philips wired the new studio over-night and early the next day, they fired up the transmitter and WTCR was back on the air.

In 1997, Halyburton moved to the PD position at WFMS Indianapolis and he told Susquehanna Radio about a smart young Chief Engineer - Norm Philips.

Philips got the gig and advanced to Regional Engineer over the company’s stations in Ohio and Atlanta.

He transferred to Dallas in 1984 as Regional Market Engineer Manager while overseeing stations in Atlanta and San Francisco.

Susquehanna added stations in Houston in 1986 – and the list of acquisitions kept growing. Philips had his hands in all of them.

Legendary engineer and Susquehanna VP Engineering, Charlie Morgan, built the foundation one of the best built radio-groups in the country – and he mentored Philips.

He designed and rebuilt studios, transmitters, towers. You name it – Philips has done it.

When Cumulus bought Susquehanna in 2006, he did some contract work for Continental Electronics and eventually was one of two Engineering VPs for GAP and Townsquare Media…managing nearly 200 stations across the US.

After working in the industry for nearly 50 years, Norm retired in 2016.

Much like Legendary Broadcaster George Marti, Norm Philips inspired a legion of broadcast engineers who are sustaining Radio stations throughout Texas today.