You are here: Home > Convention & Trade Show > Mike Wenglar
Welcome, guest: Login to your account
no 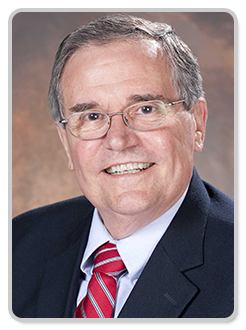 TAB’s 2016 George Marti Award for Engineering Excellence honors one of the hardest working engineers in Texas broadcasting – in both Television and Radio…and photography!

Like many broadcasters, Mike Wenglar’s interest in all things electronic and the world of broadcasting began early in his life. He was born and raised in El Campo and during his sophomore year of high school began working at KULP-AM 1390 doing a show called “Mike’s Corner.”

In addition to his duties at KULP, he worked part-time as a police officer and crime/accident scene photographer for the El Campo Police Department. After high school, he joined the Air Force and was stationed in Biloxi, Miss.  He continued to do his radio show via tape until he was sent to a base in Germany.

After leaving the Air Force, Wenglar returned to El Campo and began working with his father’s plumbing business. A friend told him about a new television station coming to Austin.

He applied as an engineer/technician at KVUE-TV (even though it would pay less than his plumbing job) and in 1971, he helped sign the station on the air. After only four months, he was named chief engineer, a position he held until being named vice president/chief engineer in 1989.

Mike Wenglar first crossed paths with George Marti in the 1970s. Working on the weekends for an RF testing and integration company, Wenglar would accompany the owner (Bob Williams) to do studio and transmitter installations, drafting, RF measurement and other technical tasks.

Wenglar said the highlight of his job was to take the testing equipment up north to Cleburne – to the Marti RPU factory. Throughout the day, Wenglar would do FCC-type acceptance testing on Marti’s new transmitter inventions.

Marti’s radios never failed the required tests leading Wenglar to say, “Cleburne is a nice little town with one brilliant man!”
In 1993, Gannett Broadcasting awarded him their most prestigious engineering award for his outstanding contributions to KVUE-TV’s success.

In 1998, Wenglar saw a need for a task-specific IFB telephone after seeing news departments and other remote crews use a touchpad telephone with a concoction of adapters and transformers to give the field talent an earpiece for IFB. He knew there HAD to be a better way,

Wenglar developed the belt-pack worn QTEL IFB phone, a small box the size of a portable two-way radio. It quickly became popular with TV stations, networks and uplink operators all over the world.

He also saw a need for a battery-powered stereo VU meter with a stereo phase display. This unit, known as the “FieldVU,” became a popular device for field news and satellite truck operators to troubleshoot analog audio problems in the field.

In 2009, Wenglar constructed a streaming video box for doing live remotes instead of using ENG vans for spot news coverage.  The hardware was really not ready for prime time, but this two cellular card system worked as long as there was not too much cellular traffic at the location. The unit was used to cover severe weather with large hail in northwest Austin, as well as the Echelon building plane crash in February 2010. KVUE-TV was first on the scene with this instant video streaming of the crash aftermath. Station news crews still call the unit “The Wenglar Box.” Today, this technology is almost used more than live ENG/SNG units.

In 2006, KVUE-TV honored Wenglar with an award for 35 years of outstanding work.

“Throughout his years of service, Mike has been instrumental in creating and maintaining one of the most respected television stations in the state of Texas. I affectionately called him ‘the backbone’ of KVUE-TV,” said Patti C. Smith, former KVUE-TV president and general manager.

Wenglar retired from the station in April 2016 after 45 years.

Throughout his career, Wenglar has been a tireless volunteer for the TAB – everything from helping with construction of the TAB building, assisting with the state EAS Plan and serving as the official photographer for TAB events. In 1999, TAB awarded Wenglar with a Special President’s Award for his tireless dedication and volunteer efforts.

Broadcasters presented him with the Pioneer of the Year Award in 2011.

In 2000, Wenglar had the opportunity to purchase KULP, his hometown radio station. His goal was to keep it the same as he remembered it.

His passion for KULP and his eye to detail and engineering excellence has created a facility that would be the envy of most broadcasters. His managing partner, Stephen Zetsche, handles the day-to-day business of the station.

One KULP alum from Houston asked Zetsche, “You have better equipment than we do – and we’re a big company? How do you do it?”