You are here: Home > Convention & Trade Show > Mac Aipperspach
Welcome, guest: Login to your account
no 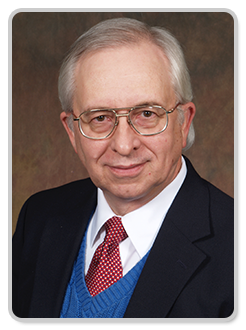 TAB’s Educator of the Year has worked in the broadcast industry in one form or another since the early 1970s.

After graduation he moved to Texas and held positions at KBUD Athens, KPAN Hereford (where he worked for Texas Broadcast Pioneer Clint Formby) and KGNC Amarillo.

While in graduate school at the University of North Texas, Aipperspach taught a radio/television writing courses and served as Assistant Station Manager of the campus station KNTU-FM.

After completing his Master’s degree in RTF, he joined the staff at Del Mar College in Corpus Christi – where he works to this day.

The radio/television program was only a year old when he was hired. Over the course of the next 38 years, the program has grown from a converted classroom to a specially designed television studio with auxiliary rooms for audio and video editing.

A specifically designed radio suite also has been added, with the hope of an Internet radio station in the future.

As the only fulltime faculty member teaching radio/television courses, Aipperspach has had the chance to have students in several courses and watch them grow in abilities and gain positions in a variety of places.

Several students are, or currently have been, with CNN in Atlanta.

Other students have gone into teaching or are working in some media capacity with high schools, colleges, and universities.

Beginning in the mid-1980s, Mac became involved with the Texas Association of Broadcast Educators.

With the encouragement of Dr. Bob Eubanks at Sam Houston State University, Aipperspach first became the Secretary/Treasurer of the organization and then moved up to Vice-President and then President.

He has served at the TABE Secretary/Treasurer since 1994.

He has worked hard at bringing broadcasters and educators together to benefit each other in the industry and broadcast education.

Aipperspach has always tried to provide his students with the best training possible and to be as realistically close to what they would encounter if working in the broadcast industry.

The number of assignments in his courses is immense, but the idea is for students to understand the meaning of deadlines and how things are done at radio and television stations.

Whenever he learns of opportunities available within the industry, he encourages his students to apply for the positions to gain experience and a chance to begin their careers.

“During Mac’s impressive 38 years at Del Mar College, he has impacted the careers of thousands of broadcast professionals who are working across the country,” said Don Dunlap, President and General Manager of KEDT-FM/TV Corpus Christi.

“In South Texas, his students and graduates have fueled the broadcasting workforce for years.  Besides being a caring instructor with his students, Mac has been a mentor and positive role model to them.”

His expertise, enthusiasm and attention to the success of his students confirms that Mac Aipperspach is fully deserving to be named TAB’s 2019 Educator of the Year.