You are here: Home > Convention & Trade Show > Laura Prather
Welcome, guest: Login to your account
no 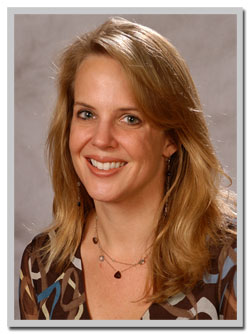 TAB’s Associate of the Year has established a reputation as a fierce advocate for broadcasters in the legal arena.

Laura Lee Prather, a partner with TAB Associate Member law firm Sedgwick, Detert, Moran & Arnold, has been a longtime leader on TAB’s Open Government Task Force. In addition to representing television and radio stations in a wide variety of court cases, Laura is an avid supporter of TAB programs and events that foster greater understanding of issues confronting broadcasters. This year, she was especially instrumental in the passage of the Texas Free Flow of Information Act.

Fighting for the First Amendment

Laura was born in Norwalk, Conn. and grew up in New Orleans and Houston. During a 10th grade class project focusing on free speech, she decided not only did she want to be an attorney, she also wanted to specialize in First Amendment law.

Laura graduated from the University of Texas in 1988 with highest honors. She received her J.D. from UT-Austin three years later. Following graduation, she clerked for U.S. District Judge Hayden W. Head, Jr. in Corpus Christi and then joined a Los Angeles law firm. She joined George, Donaldson and Ford in 1993.

In 2008, Texas Lawyer named her one of the “Extraordinary Women in Texas Law,” a recognition of the state’s top 30 leading women lawyers. Laura also serves on the Legislative Advisory Committees of the Texas Daily Newspaper and Texas Press Associations. She previously served on the board of directors for public television station KLRU-TV and on the advisory board for the Center for Child Protection.

She continues to share her commitment to the First Amendment with future leaders as an adjunct professor at the University of Texas School of Law in Media & Entertainment Law.
This year, her peers elected her president of the Freedom of Information Foundation of Texas.

TAB first tried to pass a Free Flow of Information Act in 1990. The 2009 effort benefited from the renewed support of long-time sponsors in the Senate: Sens. Rodney Ellis, D-Houston and Robert Duncan, R-Lubbock.

On the House side, the effort was launched by Rep. Trey Martinez-Fischer, D-San Antonio, whose can-do attitude made a world of difference in the media’s efforts.

The new HB 670 (the Texas Free Flow of Information Act) was heard by the House Judiciary and Civil Jurisprudence committee this time around, and there were only three returning members of the committee who had heard the issue in previous sessions.

From the beginning, Chairman Todd Hunter, R-Corpus Christi, worked to have the bill heard early and he put tremendous pressure on the prosecutorial community to sit down and have a meaningful discussion and negotiate with the media on the bill.

Laura and Chairman Hunter led four different negotiation sessions with the prosecutors – the final one lasting more than 13 hours. Thanks to their dedication and tenacity, Texas now has a law on the books to protect whistleblowers and newsrooms alike.

“I saw her out think, out maneuver, outwit, out flank and out negotiate four District Attorneys. It was this final marathon negotiation session that was the final piece which made the bill one which was adopted unanimously in both the House and Senate,” said Retired Senator Don Adams.“She was stellar and there is no way to calculate her value and importance to the Free Flow effort.”

Laura knows that not only is the Free Flow bill the “right thing” to have fought for, but the new law will save tremendous time and exposure for Texas broadcasters and all Texas media.

Laura has served on the TAB Board of Directors since 2006 and her firm – SDMA – is a frequent sponsor of TAB events. She received TAB’s Special President’s Award in 2005 for her work on Open Government.

She has devoted countless hours opposing bills which seek to close school records or criminal background checks, bills which expunge criminal records – the list goes on and on. She has been a member of TAB’s Open Government Task Force since 1999 and is a frequent speaker at TAB’s Legislative Day and Newsroom Workshops.

Laura believes that Open Government laws are the key to a free society and democracy will cease to exist without checks and balances.

TAB salutes Laura Lee Prather as a true hero for Texas broadcasters and the First Amendment.