You are here: Home > Convention & Trade Show > Larry Safir
Welcome, guest: Login to your account
no

2014 Pioneer Broadcaster of the Year 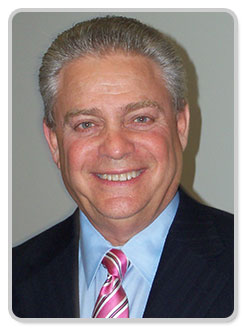 Safir started his career in broadcasting at the age of 15, selling airtime for his father Nathan at the nation’s first Spanish language radio station, KCOR-AM San Antonio.

Eventually being promoted to GSM at the station, he served on the planning committee for the first Hispanic state fair, helping to create the prototype for viewer/listener, free concert and marketing events.
In addition, to KCOR, Safir served as GM of KZFM/KEYS Corpus Christi and KERV Kerrville.

In 1992, he and his partner SW Multi-Media Patriarch Billy Goldberg, were awarded a CP for KNVO 48 TV in McAllen.

Four years later, he sold to Entravision Communications, where he remained as an equity partner and executive vice president for the next 16 years.

Safir has been a leader and pioneer in creating equal opportunities for Spanish language viewers and helped pave the way for Spanish speaking as well as bilingual Hispanics to receive quality USA broadcast entertainment and news and job opportunities.

An example of his commitment is seen in the acquisition of Univision properties in Laredo, Corpus Christi, El Paso, Midland-Odessa and Lubbock.

He also is credited with developing and executing the broadcast of both a Fox newscast at 9 pm in English and using the same staff for Spanish news on Univision at 10 pm.

This has been critical in raising Hispanic awareness of pride, equality and confidence among young Latinos.
Managing seven properties in one building takes initiative and creativity.

He used talent and resources to drive ratings and revenue, in two different languages!  Before the days of consolidation, he introduced effective strategies that produced 15 weekly newscasts with English and Spanish news talent working both sets.

To this date, there are not many other stations that are consistently successful with their multi-platform and bilingual news operation.

Safir’s accomplishments in this marketplace alone are significant because, even today, McAllen remains the number one revenue market and among the highest in ratings for the company.

His father, Nathan, served as TAB Chairman in 1975 and was inducted into the National Association of Broadcasters’ Hall of Fame in 1989.

Following in his father’s footsteps, Safir has been very active in supporting and interfacing with key political leaders and high-ranking state and national office holders who are in positions to help support the issues TAB finds most important to Texas broadcasters.

His extensive contributions to the local community are based on the fact that he understood that media is responsible for serving the community.

Safir’s station’s consistently aired PSA’s and newsworthy community news; however, he was adamant that the stations do more!

He promoted aggressive voter registration drives to create awareness and education among the viewers and listeners.

He also supported numerous major college scholarship programs for students in need of financial assistance in the DMA.

He created a longstanding community feature called “A Su Lado,” a community outreach program that allows the Spanish speaking community to reach out to experts in immigration, education, employment, healthcare and many other community issues.

Safir helped launch the broadcast careers of many employees who began their careers under his leadership and moved on to obtain prestigious positions in both the English and Spanish top 10 Markets.

After 20 years, Safir retired from Entravision.

He has launched the nation’s first Hispanic Health Network and continues to demonstrate his passion for addressing the needs of his community by serving as a co-founder, builder and board manager for what has become the Nation’s largest majority owned physician hospital populated primarily by Hispanics – Doctor’s Hospital at Renaissance in Edinburg.

He currently serves as the executive director for the Renaissance Cancer Foundation on a pro bono basis.