You are here: Home > Convention & Trade Show > John Kittleman
Welcome, guest: Login to your account
no

2016 Broadcaster of the Year 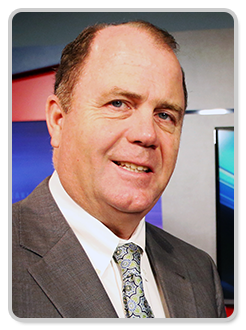 TAB’s Broadcaster of the Year award celebrates the outstanding accomplishments of a TAB member – with a focus on achievements in the past year.

Our 2016 honoree has expanded upon a tradition of excellence in journalism and community service with a novel and aggressive investment in news programming for the market’s unique audience.

John Kittleman graduated from the University of Texas-Austin in 1983, with a Bachelor of Science degree in Radio-Television & Film.

He continued at UT to get his Master of Arts Radio-Television-Film and Master of Business Administration degrees. After a stint at the Financial News Network in Los Angeles, Kittleman joined KRGV-TV Rio Grande Valley as the marketing director in 1989.

e steadily rose through the ranks at the ABC affiliate, becoming general manager in 2008. Throughout his 27 years in the Rio Grande Valley, Kittleman has made a focus on the local community his number one priority.

KRGV-TV is a unique station. The station is a market leader in Harlingen-Weslaco-Brownsville-McAllen, where more than 90 percent of the population is of Hispanic origin, according to BIA/Kelsey.

At least a third of the homes in the market are Spanish-language dominant and many others receive a station signal from the Mexico side of the border.

Those watching “Channel 5 News” in English see no change, while viewers who wish to watch the newscast with Spanish audio can click on the SAP button on their remotes.

“The community told us they did not want a second newscast. They didn’t want it on a second channel or another time. They wanted our newscast when it airs, but with the translation,” Kittleman said.

“Once our viewers learn how to choose the SAP option on their TV, they have the choice of listening in English or Spanish.”
The station provides more than 39 hours/week of news.

“Mr. Kittleman is a manager who believes in his people, supports their efforts and helps them be all they can be as individuals and station leaders,” said News Director Jenny Martinez.

“He has foresight and curiosity. Thanks to him, we have an 18-member Spanish translation team. It’s the first of its kind in the country and just the beginning of what this team will one day accomplish!”

The station also recently launched a new series, “Heart of the Valley:” a station-wide initiative to use the power of KRGV-TV to make a positive change in the Rio Grande Valley.

The station aims to not only shine a light on critical issues but also offer solutions to community challenges.

KRGV undertakes the two week “Heart of the Valley” series four times a year. The first series focused on diabetes which has reached nearly epidemic proportions in the Rio Grande Valley.

HEB partnered with the station to offer free screenings and provide store tours led by certified dietitians. More than 7,000 people were tested for diabetes because of the project. The news team produced 29 educational stories about the different types of diabetes, explaining how it starts and why.

KRGV-TV connected doctors and other experts with viewers on Facebook Live to give viewers the opportunity to ask questions.
Outside the station, Kittleman has served multiple terms on the TAB Board of Directors and consistently volunteers to accompany TAB’s legislative delegation on visits to DC. He also works tirelessly with Nielsen to ensure the measurement system is valid, especially in minority-majority markets like the Rio Grande Valley.

“I’ve known John for more than 20 years and he’s always impressed me as someone who’s truly committed to the essential ethics and goals necessary to run a great and effective television station,” said Patti C. Smith, former TAB Chairman.

“His work speaks volumes and his staff can attest to his dedication to the community and to the principles we all hold dear within the broadcasting business.”