You are here: Home > Convention & Trade Show > John Barger
Welcome, guest: Login to your account
no

2012 Broadcaster of the Year 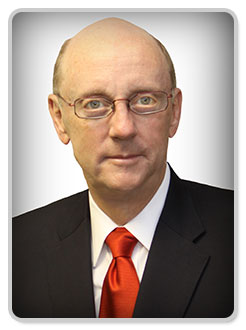 TAB’s Broadcaster of the Year award was created in 1986 to honor someone who has made a commitment to excellence over the past year and is an example to others in broadcasting.

This year there’s no one more deserving of this award than the man who 25 years ago conceived it – John Barger.

In 2012, the Radio Music Licensing Committee announced they had reached new, industry-wide licensing deals with BMI and ASCAP.

John Barger chaired the RMLC’s Negotiating and Litigation Committees during the three-year effort that will cut the radio industry’s royalty bill by nearly $1.2 billion over the life of the two contracts.

And because the industry has overpaid the organizations in 2010 and 2011 under the interim rate set by the courts, Texas radio stations are expected to enjoy more than $12,000,000 in combined credits.

Ever the over-achiever, John Barger simultaneously took a signal-challenged AM station – KAHL in San Antonio – coupled it with an 81-watt FM translator at 103.7 FM and created an entertainment-information source targeting listeners over the age of 65.

Nat King Cole, Frank Sinatra, Rosemary Clooney, Lou Rawls and Percy Faith are all alive, well, and greatly appreciated at KAHL, along with Julio Iglesias, Michael Buble and others.

Barger is living proof that you can still find a niche in broadcasting, serve it well, attract a viable audience for advertisers AND be profitable – even if your tools are limited.

Barger began his broadcast career in 1958 as a DJ at WTAW-AM Bryan College Station.

In 1960, he moved to Austin to join KNOW-AM, as the city’s top-rated afternoon-drive personality, while earning his undergraduate and law degrees at the University of Texas.

He twice worked for legendary Texas broadcaster Gordon McLendon, first as program director of WYSL in Buffalo and later as general counsel of the broadcast and theatre divisions in Dallas.

Sandwiched between the two McLendon affiliations was a two-year stint with the Executive Office of the President (Lyndon Johnson), as Senior Regional Field Representative in Austin.

In 1970, he became manager of KRLD-AM Dallas-Fort Worth and also produced NFL broadcasts for the Dallas Cowboys.

Co-founder of Clear Channel Communications and developer of the news-talk radio format in Texas, Barger’s nearly 40 years of radio operations in San Antonio began in 1975, including management and ownership at differing times of WOAI-AM, KAJA-FM, KONO-AM/FM, KAHL-AM, KRIO-FM, KBBT-FM, and KMFR-FM.

Barger is respected as much for his personal career as he is for his tireless and ongoing contributions to the broadcast industry in Texas and across the nation.

He is a former director of the National Association of Broadcasters, having chaired the organization’s AM on FM Task Force which successfully lobbied the FCC to permit the use of FM translators to improve AM signal coverage.

He and engineering colleague John Furr organized the Class A Broadcasters Association and successfully lobbied the FCC to double the power for FM Class A stations nation-wide.

Barger served as TAB’s Chairman in 1987, at a critical time for the organization.

TAB had just lost its long-time executive director (Bonner McLane) to a heart attack, and then State Comptroller Bob Bullock was recommending that Texas follow Florida’s lead and adopt a tax on advertising.

He also created the Broadcaster of the Year Award to honor someone who had made a real impact on the industry in the past year.

Even after completing his term as chairman, Barger has continued to play a key role in every TAB initiative and has always made a point of being involved in politics.

He entered into broadcast brokerage in 1988 with Barger Broadcast Services and has since donated thousands of dollars to help TAB underwrite the cost of the Annual Convention & Trade Show.

Barger still owns KAHL AM and FM in San Antonio, and with his partner Cindy Cox has a five-station group in Victoria.

And he continues to set the standard for excellence in broadcasting.