You are here: Home > Convention & Trade Show > Jason Hightower
Welcome, guest: Login to your account
no 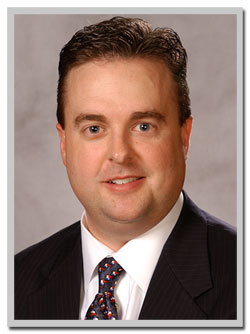 2009 Broadcaster of the Year

The legacy of TAB’s 2009 Broadcaster of the Year is an inspiration to others in the broadcast industry.

Jason Hightower was owner and operator of KMOO-FM Mineola. He passed away in March 2009 after battling brain cancer. He was 37 years old.

Jason’s commitment to locally-focused, community broadcasting lives on through his wife and three children, as well as the outstanding staff at KMOO.

A Love for Radio

Jason was born on March 30, 1971 in Huntsville. His mom said he always wanted to work in radio. He graduated from Winnsboro High School in 1989 and at the time had a part time airshift at KWNS-FM. However, Jason always said he had no real plans to make it a career. John Gore, his first general manager, told him radio would stay in his blood, and he was right.

After graduation, Jason headed to Texas A&M University with dreams of becoming a lobbyist. A&M fit his personality – a school out in the country built around tradition.

While in school, he started working full-time at KAGG Bryan-College Station. In 1991, he moved across town to host the morning show at KTSR. After a year at KTSR, Jason took over the morning show/program director duties at KORA Bryan-College Station. Jason would spend the next six years at KORA doing everything from on-air to management, sales to promotions and marketing. “Jason and Roy in the Mornings” was consistently rated the number one morning show in the market.

Jason graduated from A&M in 1993 with a degree in Agriculture Development.

Jason and his wife Ingrid purchased KMOO Mineola in August 1998, at the prompting of Jason’s parents. The station provided an opportunity for them to “come home,” something both of them wanted. At only 27 years of age, Jason was one of the youngest radio owner-operators in Texas. But his vision was clear.

He and Ingrid were committed to providing a real “full service” station to the people of East Texas – broadcasting country music, news, sports and community information 24 hours a day.

At any given time, the station has more than 25,000 area listeners, with hundreds more listening on www.kmoo.com.

The Hightowers purchased KNET-AM/KYYK-FM Palestine in April 2003. Jason wanted to expand his broadcasting business and the station’s proximity to Mineola provided the perfect opportunity.

Soon after, Ingrid discovered she had breast cancer. After five years of prayers and treatment, she beat the cancer and the Hightowers were looking forward to a long future with their new family.

In April 2004 at the age of 33, Jason was diagnosed with brain cancer. The Hightowers decided to sell the Palestine stations in order to lessen the burden on Ingrid. Surgery was successful and Jason quickly recovered – he was back at the station 10 days later. He continued chemotherapy successfully until the tumors returned in October 2008.

As Jason battled the recurrence of cancer, the community rallied to help the young family deal with the burgeoning medical expenses. An auction yielded an extraordinary outpouring of support, prompting former TAB Chairman Jerry Bobo, who was there, to say “it was a great example of what a Broadcaster means to his community.”

Giving Back to the Industry

Jason joined TAB in 1998 – right after he purchased KMOO. He was elected to the TAB Board of Directors in 1999 and served six consecutive years representing small market radio stations.

From planning the Annual Convention to traveling to Washington, DC or Austin to lobby on industry concerns, Jason was ready for more.

Jason’s fellow broadcasters elected him to TAB’s Executive Committee in 2005. He took over as TAB’s Chairman at the Annual Business Meeting on Aug. 7, 2008 – the 10th anniversary of his purchase of KMOO.

As one of TAB’s key leaders, Jason finally got to live his childhood dream of becoming a lobbyist. He found inspiration in the granite and marble corridors of the state and national capitols, advancing the causes of Texas broadcasting – Radio and TV alike.

TAB’s grassroots approach to lobbying suited him well as he embraced the notion that lawmakers respond best to the stations that report on them and reach their constituents.

“One of the last conversations we had was about our efforts to pass the Free Flow of Information Act,” said TAB’s Oscar Rodriguez.

“He was lamenting his slow recovery and was champing at the bit to get to Austin. ‘We gotta do it, Oscar – I know we can and I want to be there to help.’”

While he didn’t live to see passage of this landmark law, Jason’s determination helped inspire the legion of TAB advocates to see it through to ultimate success.

Friends and colleagues will never forget Jason’s energy, personality and commitment to his local community.

The Texas broadcast industry – and indeed, the world – is a better place thanks to his time on this earth, brief as it was.