You are here: Home > Convention & Trade Show > Jackie Rutledge
Welcome, guest: Login to your account
no 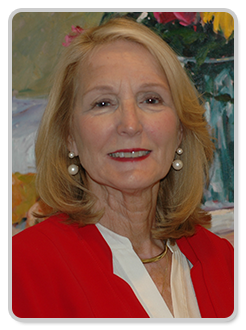 Throughout her long career in Texas Radio and Television, Jackie Rutledge stands out as a shining example of dedication to the broadcast industry and her local community alike.

Growing up in Houston, Rutledge’s began her career as an account executive at the Houston Chronicle.

Following her husband Evans’ career, she moved to Temple where she worked for KTEM/KPLE – radio stations owned by Pioneer Texas Broadcaster Clint Formby.

The Rutledges moved to Lubbock so Evans could go to law school, and she started working in sales for KLLL/KEND radio.

In February 1986, Rutledge took a position in Abilene at the ABC affiliate, KTXS-TV as an Account Executive.

Under her leadership, the stations achieved strong ratings, created excellent promotions and received many community accolades, as well as industry honors.

They also expanded coverage and sales in San Angelo and added CW and Telemundo stations.

Always a big believer in community service and giving back, Rutledge served on numerous boards during her time in Abilene. Her commitment to her local community was evident through every part of her stations.

“I think I can call myself a ‘survivor’,” she said.

In 2008, Rutledge left Abilene to spend four years in the GM position at WOAI-TV San Antonio, the NBC affiliate.

She revitalized the management team, built a sales staff and focused the news department and the station in a total community coverage direction.  The station’s popularity, ratings and revenue grew under her leadership.

As did many station managers, she also guided her station through the digital transition and a full HD conversion.

When WOAI-TV was sold in 2012, she moved to KWES-TV Odessa-Midland to work for the Drewry Broadcast Group and old friend Larry Patton.

In just three years, Rutledge and her staff elevated each of those operations to new levels.

Raycom purchased the stations in 2015 and she stayed on to work for another Pioneer Texas Broadcaster, Brad Streit, before retiring in 2016 when she and Evans returned to the Houston area.

Throughout her career, Rutledge mentored scores of young professionals and helped them navigate their careers, offering counsel and encouragement even when it meant highly prized talent moving on to larger markets.

A powerful legislative advocate for the industry before state and federal policymakers, she successfully stared down one of the largest electric utilities in the country whose wind farm threatened to block her station’s signal from a huge chunk of her market.

She was equally resolute in her leadership role with TAB, working hand in glove with lawmakers to advance the industry’s agenda in the early days of satellite TV, tax deductibility of advertising costs, the DTV transition, and onerous FCC regulations on EEO recordkeeping.

She was a key figure in planning several TAB conventions, expanding the organization’s menu of services, building what is now the Public Education Partnership program, chairing multiple TAB Board committees and serving for 10 years on the Board of Directors before being named TAB Chairman in 2007, only the fourth woman to hold that title in the organization’s 55 years of existence.