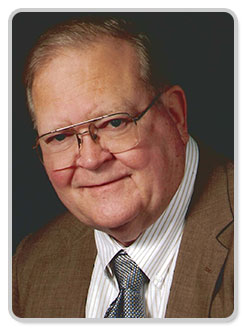 George Marti is a true Texas broadcasting pioneer and has taught, mentored and set the bar for generations of broadcast engineers in Texas and across the nation.

The first recipient of the George Marti Award for Engineering Excellence has enthusiastically followed in his footsteps.

He’s one of the few engineers with experience in the broadcast equipment manufacturing environment, as station engineer and as a consulting engineer.

Engineers say he “wrote the book” on many of the practices and procedures that they use today.

In addition, he pioneered the use of such techniques as moment-method modeling of AM directional antennas.

Sellmeyer was 15 years old when he started at KPBM as a summer relief guy in his hometown of Carlsbad, NM.

After an enormous amount of persuasion – aka “pestering” – of the chief engineer at Channel 6 in Carlsbad, Sellmeyer was finally hired.

He wound up building the audio console and wiring all the audio gear.  He considered this an excellent opportunity to learn and spent his summers working full-time there.

In June 1956, Sellmeyer began doing “grunt work” for KAVE Carlsbad, but went on to various positions in the engineering department.

He spent several years in Las Cruces as chief engineer at KGRT.  In 1960, he oversaw the construction of a new on-air and production studio and installation of a new transmitter for a power increase to 5-kw plant from a 1-kw plant.

He also modified several “retired” land mobile VHF radios for use as “broadcast quality” remote pickup systems.  He designed and constructed a remote studio which would fit in a Corvair Greenbrier van.

The unit also was used on scene for promotions and operated in conjunction with the modified VHF land mobile remote pickup system.  It contributed a considerable amount of revenue to the station.

In 1964, Sellmeyer constructed a facility for KRWG at New Mexico A&M College.

While completing his education at Arizona State University, as chief engineer of KRUS in Glendale, he built new facilities for the station.

In 1969, Sellmeyer went to work for Gates in Quincy, Illinois.  As a Senior Engineer in the FM Engineering Department, he developed the modulator and Automatic Frequency Control modules for the TE-1 Solid State FM Exciter to correct frequency stability problems.  Additionally, he worked on advanced development of high power FM amplifiers.

After three years there, he returned to Collins Radio in Dallas as senior engineer and helped return the company to profitability.

In addition, he developed a series of three audio consoles for the radio market in the mid 1970s.  He’s the co-inventor of the patented automatic modulation sensitivity control.  With his help, Collins garnered three patents.

When Collins Radio closed its doors Sellmeyer decided to “hang out his shingle” with his own consulting firm in McKinney.

Like George Marti, Sellmeyer has been deeply involved in educational work to assist other engineers.
He’s acted as a friend and mentor, always willing to share his vast array of knowledge to better serve the engineering community.

His ability to make complex issues easy for GMs, owners and others has made him active in educational work at many NAB technical seminars and workshops, especially in the area of AM directional antennas.

The NAB honored Sellmeyer with their Radio Engineering Achievement Award in 2009 for a lifetime of work.
Sellmeyer always remembers the great advice he received from Bill Taylor, principal owner of KGRT in Las Cruces and KBIM Roswell.

Taylor’s theory he passed onto new employees: “Consider the business like a three-legged stool.  One leg is programming, one is sales and one leg is engineering.

Without all three working at the same level, the stool is not level.  And if one of them is missing, it falls over.”

As a consulting engineer, Jack Sellmeyer makes sure the engineering leg of the stool always stands strong.