Good evening.  I’m deeply honored to have this opportunity to pay tribute to the late, great Jason Hightower by way of recognizing two rising young professionals who are blazing new trails in the industry as Jason did.

As the esteemed Ben Downs shared with us last year in the inaugural presentation of these awards, Jason was “the person we all wanted to be when we grew up” – with a loving family, the respect of all who knew him and a powerhouse station that enjoyed the rabid loyalty of his community.

Jason would understand that, as a proud Longhorn, I do not concur with Ben’s suggestion then that what everyone secretly wants to own is an Aggie ring.

He also wouldn’t hold it against me and would, in fact, expect me to keep that good-natured rivalry going…which is just one reason Jason was so admired.

I had the privilege of serving on the TAB Board with Jason, first as a director and then as an officer.

I had just joined the Executive Committee when we lost Jason to brain cancer in 2009 – only 11 years after he and his wife, Ingrid, purchased KMOO-FM Mineola.

In that short time, he had built an amazing, successful brand, become chairman of the largest state broadcast association in the country, and was readily acknowledged as a legendary broadcaster – all by age 37.

The example of Jason’s leadership and his tireless devotion to his family, his industry, his community and, yes, to TAB, is an inspiration to those who knew him and who learn of his storied career.

And it is for that reason that TAB established the Jason Hightower Awards for Broadcast Excellence intended for people who have been in the business for 10 years and have already changed it for the better.

Folks who are advancing their companies, their communities, their fellow citizens.

It is imperative that we honor our colleagues who do these things, or we risk losing the tradition of service that is our industry’s greatest legacy.

And, of course, our greatest promise lies in those younger broadcasters who will shape and lead our industry’s future.

Born and raised in Bryan, Texas – Chelsea Reber has a deep investment in her community. 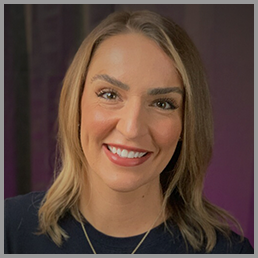 She completed her Bachelor of Science at Texas A&M University and went on to earn her Masters in Broadcast and Digital Journalism from Syracuse University.

Chelsea has traveled and lived outside the Brazos Valley area to further her education and gain experience and credentials to be a real powerhouse in the broadcast industry.

She officially began her career in 2011 and since then – she’s been working toward maintaining her proficiency in composing and creating high quality contention and mastering the necessary technology.

Throughout the pandemic, Chelsea played a large role in making information available to a wider audience by creating Spanish-language news items to post online and broadcast on sister station La Jefa – a groundbreaking service for the Brazos Valley.

She announces the game action at home volleyball and softball games at Texas A&M, and also is one of the voices of fair and factual information provided on WTAW’s “The Infomaniacs” morning show.

Through the programming, she provides weekly support for Aggieland Humane Society and Long Way Home Adoptables to help their efforts to support animals in need through donations, volunteering, fostering and adoption.

Chelsea loves to host the morning show and then move on to serve the community, meet audience members, act as a first information and showcase local teams and athletes.

She feels so much passion about giving back to a community that has given her so much and continues to do so. 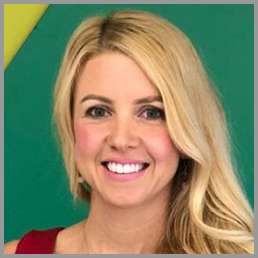 Amy Anderson has been at KXAN-TV Austin for more than 12 years – being one of the first Digital Sales Managers to climb the ranks in Nexstar to become a General Sales Manager.

Since taking the reins, she has led her team to record-breaking years and produced some of the best ad campaigns KXAN has ever seen.

Amy believes in equal opportunity, collaboration, hard work – and having fun doing it.

Her team has remarkably low turnover and several team members who leave actually end up returning – a true testament to what it’s like to work for her.

She is at the forefront of developing sponsorship opportunities for local businesses that tie them into the community.

Amy has such a gift of drive, management, compassion, empathy and motivation.

Her staff works hard because their leader works hard, and the station would not be what it is today without her influence.