I’m very pleased that TAB has chosen to recognize Jason Hightower with an award in his honor.

Jason was the person we all wanted to be when we grew up.   He had a wonderful family: Ingrid and children Brazos, Wyatt and Halee Grace.

He had the respect of everyone who knew him. He served his industry in Austin and in Washington.  He moved into ownership. And he owned what everyone secretly wants to own… An Aggie ring.

He also owned one of the great full service local radio stations.  KMOO in Mineola.  A local station that broadcast the daily Country Store.  The station with vehicles painted like cows.  Fundraisers, free airtime, and every phone call answered with a cheerful greeting of “Howdy, K-Moo.”

Jason and I worked with and opposite each other in College Station where we were united in the shared adversity of being Aggies.  And when it came to local radio, Jason caught the radio bug and did a lot more with it than most.

He was the voice of East Texas.  He loved local radio and the people loved him back. He lobbied for the free flow of information act in the Texas Legislature and educated our reps in Washington DC about the value of local radio.

He was a Board Member.  He was that guy who got called when something had to be done, and when getting it done mattered. He fought the good fight.  Jason was really good at that.

When the FCC Chairman was blowing our hair back in anger, Jason knew that was the time to fold your presentation up and listen politely.  If a congressman confused us with something he heard on XM, Jason was gentle in his correction.

He really was good at that.  Austin, Washington, Wood County.  He understood in his heart the duty broadcasters have to serve their communities and could tell people in positions of power how he was doing it with KMOO.

But when he was 33 years old, the tumor showed up and a different sort of battle began.  The first surgery was successful, and things were looking good.  But, Jason was a realist.

The TAB approached him to serve on the executive committee which would ultimately lead to being Chairman of the largest state broadcast association in the US.  When we talked about accepting, he spoke plainly and told me, You’re asking me for a five year commitment.  You know I have brain cancer, right.  Are you crazy?

I told him whether it was five or 50, we needed him doing this.

Ultimately, he said yes and he was one of the great ones.  And he almost made it. He was on the EC for four years and had been chairman for about half a year when he was taken, and we lost someone who had helped make Texas radio great.

He was a legendary broadcaster…at the age of 37.

It’s important to remember when somebody stands out for all the right things like Jason did.

We can’t afford to lose the example of broadcasters like him.

When someone works tirelessly for his family, his industry, his community, and yes, this association, we shouldn’t entrust the importance of those accomplishments to the fading memories of just the people who knew him.

And for that reason, the TAB has instituted a new award for people who have been in the business for 10 years and have already changed it for the better.

Improving their companies, their communities, the lives of others.

Because the people who do these things should never be allowed to merge into the background of the day to day.

We should never be so confident as to assume people who do this work will always be the face of our industry.  Because it won’t happen without the commitment of the people in this room and the people like Jason Hightower 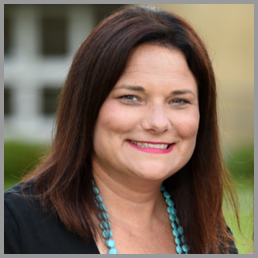 Tonight, we honor three people who have made this difference in their communities.

Melissa Rivera is a pillar in the Victoria, TX Crossroads community.

For the past 16 years, Melissa has overseen all live events for the market. Organizing St. Jude Radiothons, 5K Run/Walks, Easter drops, Back-to-school supply drives, and coordinating an annual event to feed over 250 homeless each holiday season.

All while serving as Director of Sales for her cluster of stations.

Earlier in her career she showed she was on the road to great things by winning the Townsquare Presidents Award.

The people who nominated her recognize her servant’s heart and her gift of communicating what needs to be done...and doing it.

One of our three honorees for the Hightower award is Melissa Rivera in Victoria.

Joe Ellis is the executive producer of investigations and news projects at KVUE where he oversees the KVUE Defenders investigative team. 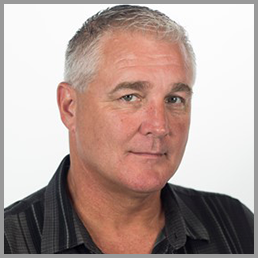 During his 23-year career as an investigative broadcast journalist, Joe covered stories throughout Texas involving government, the law, consumer affairs and environmental issues.

Joe is also a past recipient of the Carole Kneeland Award, which recognizes outstanding efforts on freedom of information issues including his efforts to get the Health and Human Services Commission to release information on Covid deaths in elder care facilities.

His work has exposed corruption in government and led to numerous convictions.

One of the most notorious was Joe’s work which exposed a criminal court judge giving a particular defense attorney most of his work and income.

The attorney was also a city councilman with whom the judge was romantically involved.

The funds were deposited into a bank account the judge and the attorney shared.

Wouldn’t you like to read that probable cause statement?

Because of journalists like Joe, our government works better; our products are safer; and we’re reminded that responsibility matters. 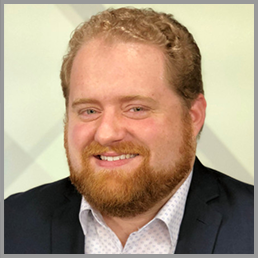 The nomination form for our next recipient was over 10 pages long.  And on every page were examples of how Josh Gorbutt serves the Bryan College Station Community.

Josh joined the KBTX team in 2008 as a newscast director and creative services producer, directing evening newscasts at the CBS affiliate and creating commercials for station clients.

He officially stepped into the role of News Director at KBTX in the summer of 2015.

In 2017, he oversaw the station’s 60th anniversary broadcasts, as well as an investigation into the mysterious separation of a Bryan ISD superintendent who was the subject of multiple ethics complaints. KBTX was ultimately awarded the Texas Freedom of Information Foundation Award for their work on the story.

Josh married Breanne after the two met at KBTX. They live in College Station with their two children, 3-year-old Maggie and 1-year-old John, and dog Oscar.
Josh is a classic movie fan and a voracious reader, though with a three-year-old, Pete the Cat and Dragons Love Tacos is now on his reading list every…single…night.

When nonprofits and community partners approach their newsroom with a need, Josh finds a way to creatively utilize resources and help.

Under Josh’s leadership, KBTX helped raise more than $2 million for local charities dealing with the impact of COVID-19 during 2020.

Texas is lucky to have broadcasters like Melissa, Joe and Josh.