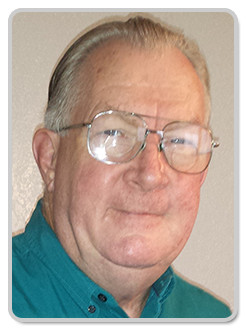 Without engineers, there simply would be no broadcast.

And for many in South Texas, there is no engineer like Harry Thielemann, Jr. – widely known and respected as the Dean of the broadcast engineering community in the southern reaches of the state.

While much of Thielemann’s 46-year career in the broadcast industry has been based in the Rio Grande Valley, he got his start far from there at the Delaware Technical and Community College and the University of Delaware.

His first job in 1969 at WBOC AM-FM-TV in Salisbury, MD, proved fertile ground for mastering new technologies as he led the TV station’s conversion to color and was one of the first to introduce FM radio in the region. He also set up “DJ-assist” systems, the forerunner of today’s automated studios.

In 1983, he was promoted to Chief Engineer when Draper Communications purchased the stations. Draper acquired KGBT-TV Harlingen in 1990 and Thielemann transferred to South Texas with the company where he was introduced to his first VHF facility. He quickly began modernizing the operations with TV stereo audio and eventually led the station’s DTV transition.

In 2006, he accepted the position of Chief Engineer for Entravision Communications in South Texas, then led by Sonny Cavazos. He has since dedicated himself to sustaining and improving the group’s radio and television operations on both sides of the southern tip of the Texas-Mexico border.

This cluster of four FM stations and two full-power and four low-power TV stations – all under one roof – represents one of the largest broadcast operations anywhere in the country. The responsibility of maintaining and troubleshooting the infrastructure is immense and Thielemann relies on creativity and teamwork to ensure the group’s overall community service mission succeeds.

Despite the heavy weight of this responsibility, Thielemann routinely lends his expertise to other broadcast operations in the market in the interest of furthering the broadcast engineering expertise in the area and advancing the industry’s service to one of the poorest regions of the state.

His dedication to education and innovation doesn’t stop there, as more than a few equipment vendors have learned when he modified their products to overcome glitches and integrate them with other products.

One such project involved protecting equipment from lightning damage. A suite of systems routinely experienced problems with lightning and, after meeting with heavy resistance from the manufacturer, Thielemann made several modifications that averted additional failures.

Six months later he received calls from the equipment salesman asking about the status of their equipment. It was operating flawlessly.

When Thielemann learned that all the vendor’s installations had a problem with lightning he agreed to assist them and saved their product.

With all the stations and six network affiliations, Thielemann cites as one of his biggest challenges the rate at which technology changes.

Being a lifelong learner, the short lifespan of new equipment poses as much excitement as frustration.

“Live news programming must be delivered with flawless execution. The latest tools, lighting and cameras are items most viewers never see, but allow the teams to succeed in a competitive news landscape where ratings influence substantial revenues,” said Christopher Moncayo, Entravision SVP.

“Harry’s ability to address any issue is a talent and quality that comes with experience.”

Thielemann’s passion for taking the stations into the future extends to finding the next generation of broadcast engineers.

He routinely participates in job fairs and other employment programs to showcase the equipment and processes broadcast engineers use on a daily basis.

All his TV and radio stations are firmly entrenched in serving the community and he continues to be inspired by the fact that his engineering plays a key role in helping the stations do just that.

A strong advocate for TAB’s efforts on stations’ behalf, Thielemann serves as an industry ambassador of sorts as he models the best that broadcast engineering offers the local community.