You are here: Home > Convention & Trade Show > Gil Garcia
Welcome, guest: Login to your account
no 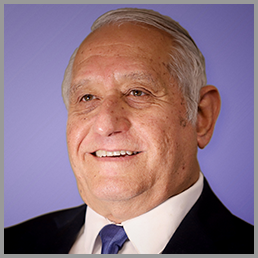 TAB's Distinguished Service Award honors an individual who – in the spirit of volunteerism – has made a significant and lasting contribution to the advancement of TAB and the Texas broadcast industry.

It has been presented only once before.

The 2022 honor goes to Gil Garcia, who’s just about the world's most passionate Radio engineer.

A 55-year industry veteran, Gil has done almost everything there is to do in Radio – and better than most anyone else – but engineering was his calling card and we’re all the better for it.

As a Corporate Regional Vice President of Engineering, he managed technical operations for more than 125 stations in Texas and across the nation.

He also served as disaster coordinator for 1,200 Clear Channel Radio stations during several hurricanes and disasters.

Throughout his career, his natural curiosity and eagerness to apply new insights and share them with others, made him a natural teacher.

And as a keen observer of the industry, he knew that – just as he was retiring – it was more important than ever before to start teaching future engineers and other station leaders in charge of a station’s physical plant.

After a few long conversations with the TAB team, the TAB Technical Academy was born!

Tapping every resource he had – former colleagues, longtime friends, the folks at the Society of Broadcast Engineers and, of course, his own wealth of knowledge – Gil got to work developing a new Radio Chief Operator curriculum reflecting station operations and demands of the 21st Century.

Combined with an additional TAB certification, the program graduated its first class of students in May – after being delayed for two years by the pandemic.

Future classes are planned in the coming year, and a TV component is on the horizon, as well.

That’s not all he’s done in his “retirement.”

He’s written a Christmas Book and contributed multiple articles to Radio World and many other broadcast publications.

And there’s something even closer to his heart than Radio that commands his attention.

And that’s Gil…no matter the challenge, leading with heart, with passion, for the greater good.

She died of ovarian cancer at the age of 30.

At 27 years old, doctors gave her three years to live; this did NOT deter her from continuing to fight the disease.

Towards the end, she moved to Orlando where she could work and be closer to what made her truly happy - the Magic Kingdom of Disney.

"A week before she passed away, she told me one thing," Gil said.

"Emm said 'Daddy, they have a Make a Wish for kids but what about others - young and old - men and women? Wouldn't it be great for those less fortunate to become an honorary Prince or Princess at the Magic Kingdon? And share a celebration of life with friends and family?'"

The Board of Directors is made primarily of Texas TV and Radio Broadcasters.

They are focused on raising $30,000 to make Emm's magical wish come true...for the first time!