You are here: Home > Convention & Trade Show > Errol Coker
Welcome, guest: Login to your account
no 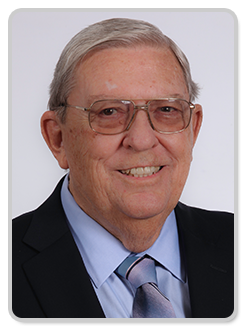 Texas broadcast engineer Errol Coker has worked at many AM and FM facilities in his 60+ years of being in the industry and he has done it all - engineering, on-air work and management. His long career has always been centered on the quality, integrity and betterment of the art and science of Radio.

He started his career at KNET-AM Palestine on his sixteenth birthday, taking transmitter readings and announcing from the time school was out until 10 pm.

The chief engineer, Jimmy Richardson, mentored him, gave him electronics books and helped him study for his 2nd Class FCC License and later for his 1st Class License.
Coker worked at the studio until he went to college at the University of Houston, majoring in Radio/TV and working at a nearby Hi-Fi store.

The store owner had applied for an FM station license.

Coker went to Beaumont and picked up a GE transmitter that had been stored for several years and worked for months to get the transmitter operational.

The station hit the airwaves on February 2, 1958. KFMK at 97.9 was the first independent FM station in Houston and all the audio equipment was built in Coker’s workshop from Hi-Fi equipment.

Coker met engineer Gerald Chinski at KXYZ-AM, who had a contract to build another new FM station and hired Coker to help with the construction. The new station was KHUL-FM at 95.7 MHz and Coker served as the first chief engineer for that station.

Coker signed KHUL on the air on October 4, 1959 – becoming the first FM station in Houston to broadcast in stereo. Hurricane Carla destroyed their tower and antenna but Coker led the charge to get the station back on the air in five days with a temporary antenna.

While in college, Coker had served as student assistant at KUHF-FM and KUHT-TV. He and the crew of the live, Friday evening program always talked about buying their own station.

They started looking in San Antonio, Austin and Dallas but ended up purchasing KCLW-AM Hamilton 900 AM. They had main studios in Hamilton, but remote studios in Gatesville and Comanche. Long distance, equalized phone lines were very costly at the time.

Coker went to Cleburne and met George Marti; Mr. Marti thought that five guys at 25 or 26 years old with a radio station was great! He helped Coker round up enough used and demo equipment to have Marti equipment instead of phone lines.

Coker moved to Conroe in 1965 and built all new studios (with all new equipment) for KMCO 900 AM. After four years, he moved to Houston’s KNUZ-AM and KQUE-FM.

KQUE was one of several FM stations licensed for super power with 280,000 watts H&V and had 16 bays horizontal and 16 bays vertical fed by two 20 KW transmitters.

He returned to KMCO after five years and oversaw construction of an entirely new site and building as well as two additional stations, towers and transmitters.

In the late 1980s, Coker took over Bill Cordell’s position as technical director for the Rusk Corporation (KTRH/KLOL Houston) when Cordell elected to go full time into his communications and broadcasting engineering business.

“Over the years, Errol has proven his zeal and passion for Radio. He is known for his impeccable workmanship in all projects, while focusing on the task at hand,” Cordell said.

“Like Mr. George Marti, Errol is pragmatic and to the point. And like George Marti, one of the most colorful and kind gentlemen you will find.”

Coker has spent the last 12 years working for Bruce Munsterman and helping build the KHCB-FM Radio Network. The network now consists of 43 radio stations serving Texas, Louisiana and Oklahoma, as well as two in Florida.

“Over the years, Errol has worked tirelessly for commercial and non-commercial stations alike, regardless of format, class or size of station,” Munsterman said.

“One of the amazing qualities is his ability to learn, adapt and recommend the best of standards in a changing industry.  From wire recorders and cart machines to digital boards and such, Errol has seen huge changes over the years.  But he has always kept quality and a good work ethic as his key contributions in a business where the temptation to cut corners is always prevalent.”