You are here: Home > Convention & Trade Show > Eric Lassberg
Welcome, guest: Login to your account
no

2019 Television Broadcaster of the Year 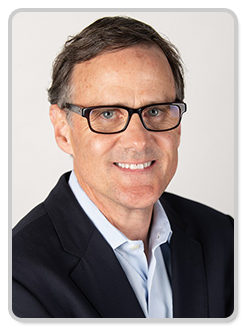 In his 13 years serving as Vice-President and General Manager of KXAN/KNVA/KBVO Austin, Eric Lassberg's leadership and team building has raised the station to new heights.

He has established a culture that breeds excellence and inspires the staff to do their best each day, focused on a core purpose to inform and enrich the local community and make people’s lives better.

Lassberg’s passion for impactful local journalism is reflected in his support for growing the station’s investment in its newsroom, his appreciation for outstanding storytelling and his insistence that the station’s journalists be responsible, ethical and fair in their reporting.

Eight years ago, Lassberg laid out a vision for KXAN to become an impactful investigative news station, focusing on reporting that leads to positive change in our community.

Today, the station is consistently recognized for stories that help change laws, hold the powerful accountable and address public safety.

During the 2019 legislative session, more than a dozen bills were filed after KXAN investigations into problems such as maternal mortality and morbidity statewide, harassment in the workplace and toll drivers frustrated by exorbitant late fees and other vexing billing issues.

Among those awards are several Emmys, Texas Associated Press Broadcaster Awards (including the Freedom of Information Foundation Award), Headliners Foundation of Texas Awards, Edward R. Murrow Awards and an Alfred I. duPont Award from Columbia University.

In 2019, KXAN was awarded its third Walter Cronkite Award for Political Television Journalism for a special broadcast of political program, State of Texas, which focused on one long-form investigation into the Texas Railroad Commission Chairman and the conflicts of interest related to her politically prominent family.

Never one to be waylaid by adversity, Lassberg was moved to embrace the mission of the American Heart Association after the cardiac arrest of an employee, launching an initiative across all three stations known as Simple Health.

His passion led to his selection as an AHA Board member and is reflected in his leadership on the TAB Board of Directors and his history of Board service for the Boys and Girls Club of the Austin Area and Family Elder Care.

He also is a member of the Longhorn Advisory Council.

Lassberg is the ideal example of what a broadcaster may achieve through hard work, core principals and a true belief in what television stations may achieve within a community.

His belief in investigative journalism and community involvement makes the KXAN team proud to work for him, though he is the first to credit the team for the stations’ accomplishments.

“All I’ve done is surround myself with a team of people who are a lot smarter than I am. That’s a recipe of success for anyone,” he said.

His reflexive recognition of his team’s insightful leadership and dedication has created a culture in which everyone truly feels they are part of something that can make Central Texas better each day.

By creating such a culture, Lassberg has crafted one of the most respected television stations in the country whose impact is felt throughout the Lone Star State.