You are here: Home > Convention & Trade Show > Dirk Johnston
Welcome, guest: Login to your account
no 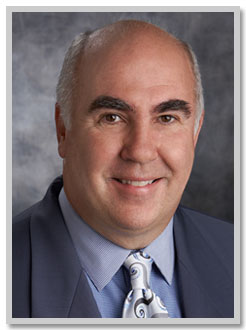 From legal assistance and programming to state of the art equipment and sales training, Texas broadcasters turn to TAB Associate Member firms on a daily basis for the products and services to keep their stations up and running.

Over the years, TAB’s Annual Convention & Trade Show has become the largest state broadcast association event in the nation.
None of it would be possible without support from TAB Associate Members.

Throughout his career, TAB’s 2010 Associate of the Year has positioned himself as a talented, smart executive whose diligent work has earned him the respect of many generations of Texas television broadcasters.

As a former general manager, he understands “first-hand” the complexities of providing quality programming to viewers while at the same time, maximizing revenue potential to profit stations.

Johnston was born in Kansas City, grew up in Dallas and attended Southern Methodist University where he was head cheerleader.

He received a BBA and chemistry degree with the intention of going to medical school.

However, his interest in cheerleading led him to a very different career path.

He began working with the National Cheerleading Association and became involved with televising competitions and halftime shows.

His involvement in broadcasting led to a management position with KTEN Sherman-Ada from 1987 through 1994.

In 1994, he joined Sony Pictures Entertainment and spent 12 years as senior vice president.

In 2007, he joined NBC-Universal and has been with them for the last three years.

Johnston said it was an easy transition from broadcasting to syndication. He knew the product as a purchaser, so he could relate to the television buyers.

Johnston has always been a strong proponent of the Texas Association of Broadcasters. In 1999, he joined with other syndication representatives to start TAB’s Annual Golf Tournament. The tournament is in its 11th year, and nearly 100 broadcasters from all over the nation enjoy hitting the links each year.

He continues to encourage Texas stations to get involved and take full advantage of the resources the association offers.

“Dirk has been our NBC-Universal representative for many years now and always has been a true professional,” said Kevin Lovell, general manager of KVIA-TV El Paso. “He knows the ins and outs of the business and always has prompt, knowledgeable answers for any questions we may have. He’s a pleasure to work with.”

“Dirk has been a valuable partner in our syndication as we build out our independent station,” said Brent McClure, KFDA-TV Amarillo. “He is honest about his product and gives fair perspective on competitive products. Integrity is a valuable part of our business and Dirk has it.”

Johnston sees the future of broadcasting as ever-changing, but the constant will always be providing a good quality product that is entertaining no matter the medium used to view it.