You are here: Home > Convention & Trade Show > Dick Pickens
Welcome, guest: Login to your account
no 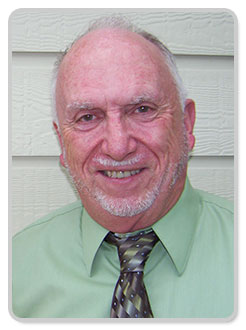 For more than 40 years, Dick Pickens has dedicated his engineering and management expertise to the betterment of the Texas broadcasting industry.

Pickens began his radio career at the age of 10.

The “Keebie Kids” show had a live studio audience and live talent.

He took that pseudonym when he joined the Gordon McLendon stations as a Top 40 deejay. Over the next 10 years Dick Laine was on the air in several Texas markets.

He brought rock-and-roll to Austin as program director and on-air personality for the original KOKE 1370, then later for KNOW 1490 when it switched from ABC to become a Top 40 station.

The Texas Radio Hall of Fame inducted Dick Laine in 2012.

All through his radio years, he was developing skills on the technical side, learning under various station engineers and correspondence courses.

In 1962, he earned his first Amateur Radio license and two years later, he passed the FCC’s test for a First Class commercial radio operator license. He worked up to an Amateur Radio Extra Class License in 1975 with the call sign K5UD.  In between all of that, he finished his Bachelor of Arts degree from the University of Texas at Austin in 1966.

Pickens entered the Austin Presbyterian Theological Seminary while remaining with KNOW as chief engineer.
With first a Bachelor of Divinity, then a Master of Divinity degree, he and Nancy went to work helping young people who were hooked on drugs and living on the streets, especially around “the Drag” at UT.

They began a Christian music coffeehouse where they used their past showmanship skills to draw kids off the street for, as someone put it, “sweet music, bitter coffee and a better life.”

He continued to do radio and media production and later worked at Austin’s KVET and KASE both on-air and on the technical side.

He managed all of the radio towers belonging to KVET’s owner Roy Butler. He even started a successful radio common carrier company with mobile telephones (the predecessor of cell phones) at KVET.

Pickens was especially honored in the early 80s when he received a lectureship position in the UT College of Communication.

They wanted someone to teach senior broadcasting majors the “hands-on” side of radio/TV, including the development of programming and production skills.

Beginning in 1982, he put his experience to work as a consultant to radio stations. This way he could perform his church-related duties without a salary.

In addition, he was a weekday morning news/talk show host on KIXL’s “Morning Magazine” plus hosting “Sunday Song,” a Christian music program on 94.7 FM.

Yet another challenge came in the 1990s when TAB began ABIP – the TAB/FCC Alternate Broadcast Inspection Program. At first Pickens was unsure about taking on the role of a quasi-FCC inspector, but wife Nancy knew it was “his kind of thing” and she pressured him to sign up for it.

Now they travel together inspecting radio and TV stations for FCC compliance. Nancy is the team’s Public File specialist.

“Dick is always willing to help out a fellow broadcaster with technical issues and his sage advice is greatly appreciated by the broadcast community,” said Mike Wenglar, KVUE-TV Austin.

“I’ve had the privilege of knowing and working with Dick for more than 40 years. I can’t think of anyone else who has the qualities of motivation, dedication, honesty and trustworthiness – and a deep love of radio,” said Gil Garcia, Clear Channel Media & Entertainment.

Dick and Nancy Pickens are dad and mom to three married kids and their mates as well as grandparents to 14 youngsters and adults. They even have one great-grandson who is already grabbing the microphones at nine months old.

Dick still teaches and preaches the Bible in churches.

Some would say he also preaches the FCC Rules and Regulations to Texas stations.