You are here: Home > Convention & Trade Show > Dick Oppenheimer
Welcome, guest: Login to your account
no 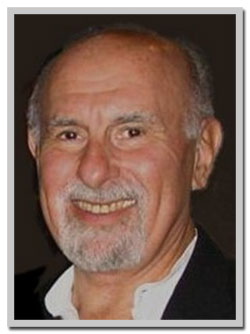 The long career of TAB’s 2009 Pioneer Broadcaster of the Year exemplifies a standard of excellence in service to his employees, station, communities, state and industry.

Dick Oppenheimer has always strived to be an example and mentor to others in the industry. Through a lifetime of service, Dick continues to give back to a broadcast community he cares for very deeply. As a broadcast professional, Dick wants to have local radio make a positive impact for the benefit of the community.

Dick was born in the Bronx, NY and raised in New Jersey. He grew up wanting to be a physical education teacher and coach. As a student at Seton Hall University, he got some experience working at the college radio station and for Savoy Records. He was hooked! He changed his major to communications and began to pursue his passion.

Dick’s service to the Texas broadcasting community began in 1966. He moved to Houston to manage KYOK-AM, one of only two early Black-programmed stations.

Under Dick’s leadership, KYOK became one of the first Black stations to build a news staff, all of whom were African American.

His news director was responsible for editorials on a daily basis, also a first for Black stations. The station also worked with city leaders, taking the initiative to encourage the African American community to get involved in the political process.

In 1969, Starr Broadcasting purchased KYOK and Dick was promoted to Senior Vice President. The company had 11 stations in nine major markets. He helped Starr become the first publicly-traded company with exclusive radio and TV holdings.

In 1977, Dick left Starr to start his first broadcast company – Capitol Cities Broadcasting. He decided that he had done everything he could in radio – except work for himself. It was time for a new challenge. Dick made his first of many station acquisitions purchasing religious KIXL Austin. He transformed how religious stations operated, previously only broadcasting mostly church services. Less than one year later, he added KBFM McAllen to the portfolio.

Longtime friend and employee Lon Bason said when Dick bought the station, “it was an automated, middle-of-the-road quasi contemporary nightmare.”

“In a matter of days, Dick and his team of new management, on-air talent and engineers came in and ripped every last piece of automation out, built new studios, knocked down walls to expand into the adjacent building and launched the hottest Top 40/CHR station South Texas has ever known,” Bason said.

In 1980, Dick purchased KHFI (K-98), establishing one of Austin and Central Texas’ premier and top-rated radio stations of all time.

Alan Kabel worked for Dick at KHFI: “He was a big picture guy who understood entertainment and could pick the people who were great at it. He understood leadership and hired the best to create a magical, 24-7, predictably unpredictable radio experience.His door was always open and he taught me about loyalty, honesty and commitment to do your best.”

After expanding into Baton Rouge, Little Rock, Mobile and Beaumont, Capitol Cities Broadcasting was sold for one of the highest prices ever paid for a group of its size.

Within two weeks, Dick formed a new entity – Signature Broadcasting. The group’s initial acquisition in 1987 was an FM station in Columbia, SC. He added stations in Nashville, Pittsburgh and then returned to the Rio Grande Valley with the acquisition of “KLITE,” which ultimately became “KPASA” FM. The company was sold at the end of 1996.

That same year, Augie Grant, an instructor at the University of Texas at Austin, asked Dick to take over a class for him. Dick initially rejected the idea of teaching, but agreed to teach for only one semester. One semester turned into 10 years and Dick says it was one of the most exhilarating things he’d ever done. He fell in love with teaching and still receives notes from students.

In 2008, Dick returned to the broadcast industry with the purchase of religious station KLGO-FM, serving Austin and Central Texas. He plans to acquire more niche-format stations and has no plans for retirement.

Dick passed the broadcasting gene to his son Michael, currently market manager for the Clear Channel stations in Memphis. He also has a daughter, Susan. Dick and his wife Carol are proud grandparents of four. Dick continues his commitment to serving the industry by mentoring today’s and tomorrow’s management, sales and programming leaders.

His advice has always been: “Be yourself at all times. Don’t be fake. Go to work every day with an objective and reach that objective. Do that every day.”

He is most proud of the development of people he hired over the years and calls himself “the luckiest guy in the world.”

Whether it is on-air, sales or management, Dick believes it is the people you work with that will make a station successful.