You are here: Home > Convention & Trade Show > David Stewart
Welcome, guest: Login to your account
no 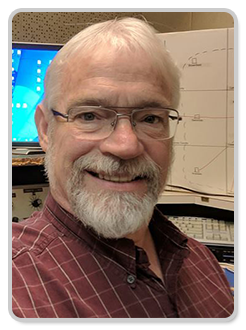 In the tradition of Broadcast Legend George Marti, TAB’s 2019 Marti Award recipient has been active in nearly every facet of the business.

The Lubbock Public School System had a series of electronics courses taught by a teacher who moonlighted as a local Radio engineer.

The courses produced several well-trained broadcast engineers who – to this day – serve in technical and ownership positions at Texas Radio and Television stations.

He attended Texas Tech University and served as on-air talent at the campus Radio station and handled master control and engineering for KTXT-TV.

In 1985, Tichenor Media System needed an engineer to work on station startups, as well as restore operations to once successful AM and FM stations across Texas. He would spend nearly 12 years with the media group.

Heftel purchased Tichenor in 1997 and that company morphed into Hispanic Broadcasting, then merged in 2003 with Univision Communications. Stewart stayed with the group through all the transitions.

In that capacity, he oversaw more than 40 engineers from all over Texas.

During his time at Univision, Stewart even helped relocate the FM plant at the Empire State Building in the aftermath of the 9/11 attacks.

Stewart was instrumental in the efforts surrounding the Emergency Alert System.

He worked closely with former TAB President Ann Arnold in crafting the Texas State Emergency Alert System plan – as well as helping his fellow broadcasters create their own local plans.

In 2004, he started the Moving Target Consulting Works company, specializing in upgrading AM, FM signals of all sizes for family-owned, owner-operated and estate-owned signals.

“David Stewart is your ideal engineer. Throughout his career, he’s never wavered from providing the best engineer/consulting services, while keeping his values and worth ethic high,” said Bill Cordell, Cordell Communications/KMAT Houston.