You are here: Home > Convention & Trade Show > David Lykes
Welcome, guest: Login to your account
no 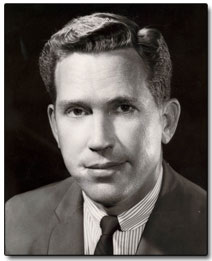 2006 Pioneer Broadcaster of the Year

From a salesperson at a small, family-owned business to the COO of the largest Spanish-language broadcast company in the nation, David Lykes' career embodies the true spirit of the Texas Association of Broadcasters' Pioneer Broadcaster of the Year Award.

Lykes set out to sell the Spanish-language programs – not such a hot prospect back in the 1950s. But Lykes and his mentor McHenry Tichenor saw opportunity.

KGBT-AM began broadcasting in Spanish full-time in 1962. In 1959, it didn't take much to count the number of Hispanic radio stations in the U.S. At TMS, Lykes was an outspoken advocate for Hispanics, genuinely trying to affect social change not only with acceptance but also pride in the Hispanic culture in the United States. By 1970, the number of Hispanic stations in the U.S. had grown tenfold. Today, there are more than 500 stations broadcasting in Spanish.

In 1997, Tichenor Media merged with Heftel Broadcasting and the Hispanic Broadcasting Corporation was born. Though the corporate names changed, Lykes' commitment to Spanish-language broadcasting never wavered. His influence touched all areas of the HBC stations.

He fought for increasing on-air production values, improving marketing strategies, producing the best possible promotional events, and presenting advertisers with all the marketing possibilities the medium had to offer. Lykes convinced advertisers and business people that the Hispanic market was not only viable, but necessary to their businesses.

No company was too big or small. Lykes made his Hispanic radio pitch to every Fortune 500 Company and "Mom & Pop shop" that would listen. He genuinely wanted to help advertisers grow their businesses with this new source of revenue.

At the end of the day, the advertisers were grateful and realized he truly was putting their interests first.

He worked with Arbitron, Simmons Market Research Bureau, Scarborough and others to bring improved measurement techniques for Hispanic Americans to the advertising and broadcasting communities. As a member of the Arbitron Advisory Council, Lykes spent many years lobbying the company to distribute surveys in Spanish and improve the accuracy of gauging Spanish radio's audiences.

"When I think of a Pioneer, I think of someone with vision; vision ahead of its time. David was indeed a visionary," said Laura Hagan, president of Univision Radio National Sales. "Ultimately, David's 42 years of service and dedication to our industry and our community nurtured the respect Spanish radio has today."

As a broadcast manager, Lykes garnered an outstanding level of support from those he managed as well his bosses by always placing the company and people before himself.

"David was a terrific businessman and a man of great integrity," said Mac Tichenor, former President of Univision Radio. "He's a wonderful friend and for many years, he truly was the heart and soul of our company."

When Hurricane Allen struck the Valley in 1980, Lykes turned the stations into a shelter for more than four days. He made sure the more than 50 employees had food, water and the best living arrangements he could put together. One morning, the staff awoke to the aroma of Lykes grilling hamburgers in the studio!

"David was my mentor and still is my great friend. He helped me grow as a manager and a person," said Dan Wilson, GM of Univision Radio San Antonio. "I think they should change the spelling of leader to L-Y-K-E-S."

Lykes made sure all his stations were not only members of the Texas Association of Broadcasters, but active participants.

He always recognized the important role TAB plays in promoting and protecting the broadcast industry in Austin and Washington, DC.

"You can thank David Lykes for introducing me to the TAB. David hired me in 1984 and invited me to accompany him to my first TAB Convention that year in San Antonio," Wilson said.

Lykes was committed to growing talent at all levels of the station – promoting from within as well as reaching out to the Hispanic communities in each market. He was personally involved in numerous charities and encouraged his stations to find causes and support them locally.

After retiring in from Univision Radio in 2001 and relocating to Georgetown, Lykes continues to call on surrounding media to work on projects that benefit the community. He nows the power of the media and continues to use it to promote and aid community standards.

"He was instrumental in developing a small family business into a major corporation without losing focus on what makes this industry great – people. Whether it was mowing the lawn at a transmitter site or serving as general manager, David always treated people with dignity and respect," said Mark Masepohl, Univision Radio Senior VP/Regional Manager.

The Texas Association of Broadcasters 2006 Pioneer Broadcaster of the Year honors a man whose career is a true testament to the American Dream – proof that with passionate persistence you CAN achieve success. His personal commitment to excellence is a guiding star to thousands of broadcasters across the nation.