You are here: Home > Convention & Trade Show > Chip Babcock
Welcome, guest: Login to your account
no 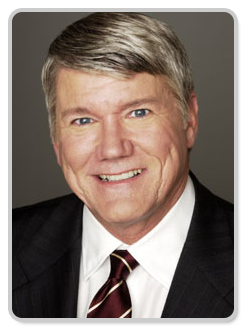 The Texas Association of Broadcasters each year honors an Associate Member for their outstanding contributions to the broadcast industry.

The 1997 Associate of the Year award honors a man who has been a defender of broadcasters and a media champion for almost two decades.

Charles "Chip" Babcock is a media law expert and partner in the Jackson Walker law firm with a remarkable record of accomplishments in the courtroom, the Legislature and administrative forums in promoting open government, protecting First Amendment principle s and defending broadcaster s on everything from slander to "veggie" libel suits.

Babcock has donated thousands of hours of legal assistance to the Texas Association of Broadcasters, the Freedom of Information Foundation, Inc., Texas Media and other journalist organizations working for open government issues in Texas, protecting the rights of the public to have access to government records and meetings.

He has worked for 15 years with the Texas Association of Broadcasters in open government and other legislative efforts and is a regular participant in TAB conventions and seminars as a speaker on media law and open records/open meetings issues.

Babcock serves as general counsel to the Board of Directors of the Texas Association of Broadcasters and plays an active role in TAB's legislative efforts and open-government task force.

The Jackson Walker firm also provides special assistance to TAB member stations on routine legal questions in an arrangement under which the firm donates thousands of dollars worth of time each year.

Babcock currently is defending Oprah Winfrey in a suit brought by a West Texas rancher and six Amarillo cattle companies seeking more than $10 million in damages on allegations that her April 16, 1996 program dealing with the mad cow disease slandered the beef industry.

The cattlemen are suing Winfrey under the so called "veggie libel bill," a 1995 Texas statute that gives agricultural producers a cause of action against any­ one who knowingly distributes false information about the safety of a perishable food product.

"Chip's the most fearless media lawyer in Texas," says one longtime observer of Texas attorneys involved in communications law. "He takes on cases where the media is probably going to look bad and tries very hard to win."

I n 1980 Babcock argued a case before the Fifth Circuit Court of Appeals in which the New Orleans federal court ruled, for the first time, that reporters had a constitutional  right to confidentiality of sources.

Another of Babcock's cases led to the Texas Supreme Court's creation of a special advisory committee looking at the sealing of court records. The committee devised what is commonly known in legal circles as Rule 76a, which prohibits the scaling of court records except under stringent circumstances. The rule keeps matters of public safety and concern available to the public.

Babcock has tried eight libel cases to a jury verdict and won six of them outright and one on appeal.

The eighth, Turner v. KTRK, currently is on appeal.

A separate KTRK case argued by Babcock in the Houston Court of Appeals this year was voted the most significant First Amendment case of 1997 by the Libel Defense Resource Center. The court ruled a TV station could safely report parental allegations against a teacher without having to prove them.

His arguments in a suit against The Dallas Observer led to a ruling that the federal wiretap statute was unconstitutional as it applied to the media in the case.

After law school, Babcock clerked for U .S. District Judge Robert W. Porter in the Northern District of Texas.

During college Babcock worked as a broadcaster for Susquehanna Broad­ casting as a sportscaster for WBRU FM and WICE AM in Providence, R.I.

Prior to getting his law degree, Babcock was a sportswriter for the Philadelphia Inquirer and the Miami Herald.