You are here: Home > Convention & Trade Show > Brian Purdy
Welcome, guest: Login to your account
no

2017 Broadcaster of the Year 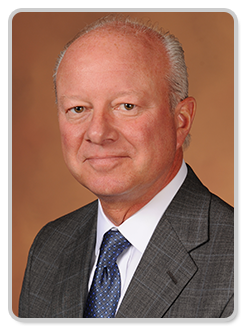 He orchestrated one of his team’s most successful years in 2016. Having spent three years re-imagining his products to better meet the needs of the marketplace, his portfolio of stations enjoyed three stations in the Top 10 Adults 25-54, which had never happened before.

Both the legendary Classic Hits KLUV and a re-tooled JACK-FM ranked in the market’s Top 5, while Sportstalk The Fan (KRLD-FM) beat heritage sports leader, The Ticket, for the first time in station history.
With additional ratings strength at legendary Newsradio KRLD-AM, CBS Radio’s 2016 revenue outperformed the DFW market tenfold and lead the company in financial performance.

Perhaps most importantly, they again hit their stride serving the DFW community, raising more than $1.26 million during their “Christmas is for Children” Radiothon this past December.

One hundred percent of the funds raised over the two-day period, support pediatric patient care at Dallas’ Children’s Health.
Radio Ink magazine recognized Purdy as one of the “Best Managers in Radio,” in 2016 and also was nominated for Market Manager of the Year by the Dallas-Fort Worth Media Alliance Awards.

Following a 2006 departure of the Dallas Cowboys from CBS Radio, Purdy won the rights back in 2009 by creating a pioneering radio station/team agreement featuring an asset exchange instead of rights fees.

The new structure was the foundation for a symbiotic relationship that was cost-effective for both the team and radio station.
In 2011, Purdy brought the idea to Houston, which resulted in a 10-year extension with the Houston Texans on SportsRadio 610 and KILT-FM, converting it from one of the most expensive NFL radio broadcast contracts in the company to one of the most efficient.

Both franchise partnerships are extremely profitable for CBS Radio and are now being replicated across the NFL.
“Brian went above and beyond to develop a true partnership and not just a contract, that was fair to all concerned,” said Jamey Rootes, President of the Houston Texans.

“As our rights holder, Brian not only worked diligently with us to create world class programming that would inform, entertain and engage our fans, but he consistently maintained a positive spirit of collaboration between our two organizations that inspired trust and led to additional opportunities to create value for both us and the station.”

Purdy has spent the last 20+ years in Texas mentoring his staff, many who have become Senior Executives in their own right.
His network reaches throughout the state and beyond, and he is widely regarded as one of the best coaches in the radio industry. His management teams are built on merit, without bias of gender, ethnicity or lifestyle.

Purdy has served several terms on the TAB Board of Directors, taking the time for multiple trips to Austin and Washington DC to lobby on behalf of his fellow broadcasters.

He also commits significant time to local charities and is an Executive Board member of the Circle Ten Boy Scout Council of North Texas.

Following industry consolidation during the early 2000’s the Market Manager role changed dramatically. However, with the additional responsibilities Purdy has continued to be visible and active outside the CBS Radio Tower in Dallas.

Well-known throughout the market, he’s often out selling and promoting radio and local broadcasting.

“The war is being fought on the ground every day in Dallas, and Brian is leading the charge. He also makes sure to fight to keep live and local on-air announcers, as he believes that is the cornerstone of a great broadcaster,” said TAB Treasurer Sarah Frazier, CBS Radio Houston.

“Brian knows the best way to advance our industry is to be a great broadcaster and use your products to serve the community well.”