You are here: Home > Convention & Trade Show > Brad Streit
Welcome, guest: Login to your account
no 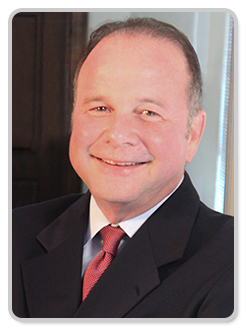 The accomplishments of TAB's 2018 Pioneer of the Year can be seen in communities across Texas, as well as in TAB’s continuing efforts on behalf of Texas' free, over-the-air Radio & Television Stations.

While he enjoyed stints in Ohio and Mississippi, his primary focus has been in the Lone Star State where he built a company-wide culture of excellence in news and community service.

The “Brad Streit Culture” is reflected in the teams he has built, with hiring based first and foremost on character, and then on initiative, ingenuity and results.

As General Manager of KLTV-TV Tyler-Longview, he led the station to market dominance with his emphasis on local news.

The station rose to national prominence by consistently commanding market share through all local newscasts.

He was recognized by the Texas Associated Press Broadcasters as “Best in Texas” two consecutive years for his commentary segment called “A Better East Texas.”

His engineering and management team at KLTV-TV was lauded for bouncing back from a tower collapse just days before it was slated to air the Super Bowl…the broadcast came off without a hitch for viewers or advertisers!

In 2015, he shepherded the acquisition by Raycom of the Drewry Broadcasting TV stations in Wichita Falls, Odessa-Midland, Amarillo and Waco.

There he led a major investment in the stations’ infrastructure and news content, expanding digital offerings and local news programs in Spanish on the group’s six Telemundo affiliates.

He was recognized in 2015 by the Texas Association of Broadcast Educators for his commitment to developing the next generation of broadcasters.

First, he endorsed and helped lead an effort by then-TAB President Ann Arnold to raise the tens of thousands of dollars needed to fight an attempt by then-Southwestern Bell to enter the video services business.

As drafted, the legislation would have put broadcasters at a distinct competitive disadvantage.

TAB succeeded and in so doing, established a state-level must-carry/retransmission consent regime for TV stations.

That success also built a reputation for Texas broadcasters as major players in the legislative arena where they continue to advance measures important to our industry.

Since then, the NCSA/PEP program has funded the expansion of TAB’s direct member services, a professional staff serving hundreds of TV and Radio stations daily, and the construction of a multi-level building in downtown Austin.

"In his long career, he has clearly been the right person for the moment and TAB - and the Texas broadcast industry - are better for it."