1986 Pioneer of the Year Award 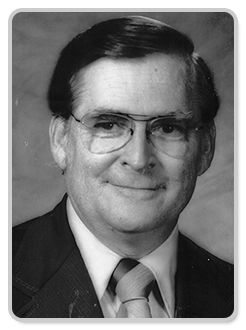 Beverly E. Brown, owner-manager of KGAS-AM in Carthage, was honored by the Texas Association of Broadcasters as its Pioneer Broadcaster for 1986.

Brown, who has been in broadcasting for three decades, was honored by his peers during TAB's annual convention at the Palacio del Rio Hilton in San Antonio.

The Pioneer Broadcaster is the highest award conveyed by the organization.

The 59-year-old station manager has owned KGAS AM since 1965 and is president-manager of Carthage Cable-Vision, Inc.

His service to his industry includes stints as president of TAB and of the Texas Associated Press Broadcasters.

He is currently radio board chairman for the National Association of Broadcasters.

"Brown is a fine example of what broadcasting is all about," said Bonner McLane of Austin in presenting the award.

"Brown has used his small market radio station to serve his community in any way possible for more than 20 years, and he has served his industry both locally and nationally," McLane added. "He represents the best qualities of Texas broadcasting today."

A native of Kilgore, Brown attended Panola Junior College and Texas A&M before entering the broadcasting field. He served in various broadcasting posts before purchasing KGAS. He moved into cable TV operations in 1972.

He became a member of the TAB Pioneer Broadcasting Chapter in 1983 and has also served on the NAB's Legislative Liaison Committee.

He is a charter member of the Sabine River Development Association, Sales and Marketing Executives of East Texas and the Texas Election Central Advisory Task Force.

He also served as a trustee for Panola Junior college for 18 years and is a director of the Panola National Bank in Carthage.

Brown retired from the Texas Army National Guard in 1968 as a lieutenant colonel.

He married the former Joyce Ann Hooker in 1948. He and his wife have three children and three grandchildren.

He purchased the station in 1965 and operated it until retiring in 1988. At that time, he had served as the voice of Carthage Football for more than 30 years.

He served as TAB Chairman in 1982 and his fellow broadcasters named him Pioneer of the Year in 1986.