You are here: Home > Convention & Trade Show > Vann Kennedy
Welcome, guest: Login to your account
no 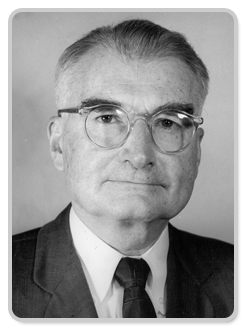 More than 300 broadcasters joined the Texas Association of Broadcasters in Corpus Christi to pay tribute to Broadcast Pioneer, Vann Kennedy and raise money for the Texas Broadcast Education Foundation.

Walter Cronkite joined friends and admirers in Corpus Christi to honor the man who has been credited with giving Cronkite his start in broadcast journalism as a wire service reporter in Austin, in 1934.

"He (Kennedy) is the man who made it possible for me to have the career I have had," Cronkite said.

"He has been my mentor and my idol. He taught me more than any tutor I ever have had. He taught me how to get a story, how to write it. He taught me about ethics. Vann Kennedy is the one we all know who defines honor," Cronkite said.

The gala was emceed by Cactus Pryor, also a former employee of Kennedy’s, and led with an invocation by Bishop Edmond Carmody of the Diocese of Corpus Christi.

TAB, joined by friends and family of the Kennedy’s, raised more than $40,000 for TAB’s education and scholarship foundation, the Texas Broadcast Education Foundation.

In 1973, Kennedy made the motion to allocate the money for the legal fees and authorize the establishment of the foundation. The Board unanimously passed the motion and Kennedy contributed the first $1,000 to begin the TBEF. Since that day, TBEF has helped more than 100 Texas college and university students in their broadcast journalism studies.

Throughout his life, Kennedy has been a model of hard work and perseverance.

He worked as a paperboy to finance his way through San Marcos Academy. He delivered milk and papers for the San Antonio Express and the Austin American Statesman. At the same time, Kennedy was fascinated by the new medium of radio.

He was only 16 in 1921 when he built his first radio using a crystal detector attached to a coil of wire wrapped around a lacquered oatmeal box with another wire strung in a tree. He could pick up WOAI from San Antonio and fell in love with broadcasting and journalism.

He attended Southwest Texas State Teachers College for two years but quit to join the circulation staff at the San Antonio Express. Kennedy distinguished himself as the only person able to properly install the small crystal radio sets the newspaper decided to give away as a subscription bonus.

His outstanding performance drew the attention of the managing editor of the paper who ultimately granted Kennedy’s plea for a job as a police beat reporter. Crime reporting stirred an interest in law.

Kennedy transferred to the University of Texas for pre-law study but kept up his studies in journalism and reported for the Statesman covering the Capitol beat.

Kennedy soon noticed that Hearst’s International News Service (later United Press International) had no newsroom and, in 1931, paid his own way to New York to persuade the INS to open a bureau in Austin and make Kennedy its manager.

He finagled an office in the Capitol rafters and hired a young man named Walter Cronkite as his assistant.

While working in the Capitol, Kennedy also met another reporter, Mary Louise Witliff, who became his bride. Kennedy has said the smartest thing he ever did was to persuade her to marry him in 1940.

Reporting was Kennedy’s first love but he engaged in many enterprises.

He passed the Texas State Bar Exam in 1934 although he limited his practice primarily to communications matters.

In addition to running the INS bureau, Kennedy founded a monthly magazine, The State Observer, which eventually became the Texas Observer, launched an oil industry newsletter and opened a print shop in South Austin that printed nine publications.

During those years in Austin Kennedy’s reporting earned him the respect of many of the state’s leaders.

He served on the campaign of Gov. James Allred. He wrote speeches for political leaders such as Beauford Jester, John Nance Garner, Sam Rayburn and Lyndon Johnson.

Kennedy served as secretary of the Texas Democratic Party for 10 Democratic conventions and served on the committee that persuaded Lyndon Johnson to accept John Kennedy’s offer of the Vice Presidency.

In 1942 President Roosevelt chose Houston Post newspaper publisher Oveta Culp Hobby to command the Women’s Army Auxiliary Corps. One of her first calls was to Vann Kennedy, still a statehouse reporter in Austin. The concept of women in uniform was difficult for American society of the 1940s to accept. Kennedy was commissioned to handle public relations, the WAAC’s first and only PR officer.

During WWII Kennedy went on to serve in Alaska and China, managing communications lines and broadcasts for the Defense Department.  In China he served under General Joseph Stillwell, and was awarded a Battle Star for the Salween Campaign.

He also received the Breast Order of the Yun Hui from the Republic of China.  Kennedy left the army as a full colonel.

His wife managed the businesses during the war.

When Kennedy returned in 1946 they took an $11,000 nest egg from the sale of the Observer and their South Austin print shop and scouted Texas for the best city to launch a radio station. Settling on Corpus Christi, Kennedy organized a group of his friends to apply for radio frequency, 1230 kilohertz.

The process involved many FCC hearings and strong competition. Ultimately he won and in 1947 started radio station KSIX at 123 on the dial with the ABC Radio Network.  The slogan was “123 with ABC.”

In 1951, the FCC designated two VHF TV channels for Corpus Christi: six and 10. Kennedy organized another board of community leaders to help him apply for channel 10. After a grueling and expensive four-year battle to win FCC approval, channel 10 began broadcasting in September 1956.

The original call letters were changed to KZTV in 1958. In 1970 Kennedy put an FM radio station on the air in Corpus Christi and in 1973 KVTV went on the air in Laredo.

Kennedy has served on both the radio and television affiliate boards of CBS and served two terms on the TAB Board of Directors.  TAB named him Pioneer of the Year in 1973.

Today, Vann M. Kennedy still characterizes himself as a southern boy just trying to make a living. Along the way, he has helped hundreds of other do the same, including governors and a U.S. president.

Texas broadcasters are proud to honor him as a Texas Broadcast Legend for his lifelong efforts in broadcasting, journalism and education and for his examples of character, integrity and civility.