You are here: Home > Convention & Trade Show > Ben Downs
Welcome, guest: Login to your account
no 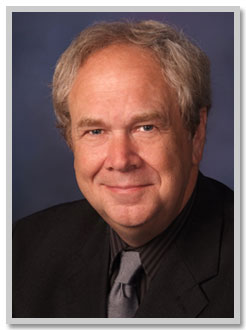 2010 Broadcaster of the Year

TAB’s Broadcaster of the Year believes in locally-oriented, community-focused broadcasting done right. For Ben Downs, that’s not lip service. He lives those principles every day and expects the same from all his employees.

Born on a farm just outside Hope, Arkansas, Downs would pretend to deliver the play-by-play into a Coke cup during high school basketball games.

He would begin his radio career by passing the FCC license test on his 14th birthday. Since then, he has always worked in buildings with studios and microphones.

He started in broadcasting in 1968 as a weekend announcer at KXAR Hope. His experience included sharing a mic with future Arkansas Governor Mike Huckabee. They were also classmates at Hope High School.

While attending Texas A&M University Downs was employed by WTAW and organized his first charity event. The Bryan-College Station Citywide Tennis Tournament presented a check to the local Boys and Girls Club.

Though he has been with the same station group for 21 years, he is not complacent. His stations became one of the earliest adopters of wireless streaming for radio content in 1995 and he always was a proponent of High Definition FM radio.

Downs says one of the biggest challenges facing broadcasters is how to handle the changing world of technology: “We have to keep trying new things to see what works. Most won’t, some will for awhile, but radio as an industry is pretty quick on its feet when it wants to be. It’ll never be the way it was, but you have to innovate if you want to be around and see the way it’s going to be.”

Like many resident operators, Downs is active in local boards and works for several local charities. He is an active member of the A&M United Methodist Church and serves on the boards of the Better Business Bureau and the BCS Chamber of Commerce.

He also is the driving force behind the annual BCS Christmas Parade – playing Santa every year!

Under his leadership, Bryan Broadcasting has received TAB’s prestigious Bonner McLane Public Service Awards in 2008, 2009 and 2010.
“While Ben is a great broadcaster, it is his belief in community and commitment to others that demonstrates his true integrity and character,” said Congressman Chet Edwards.

“The impact of his leadership at Bryan Broadcasting and the professionalism of his staff is seen throughout our community on a daily basis. Ben truly makes a positive difference in the lives of others every day, and I consider myself privileged to know and work with him.”

His industry peers first elected Downs to the Texas Association of Broadcasters Board of Directors in 1999. He was elected to the TAB Executive Committee and served broadcasters as TAB Chairman in 2003. He was re-elected to the TAB Board in 2007 and in 2010. During this time, he has been a key player in every major TAB initiative – planning conventions, plotting state and federal legislative policy and seeking improvements in the Emergency Alert System.

In 2008, Texas broadcasters elected Downs to represent them on the National Association of Broadcasters Board of Directors.

He feels it is important for leaders in broadcasting to include as many people in their message as possible and he is never shy about speaking out for them.