You are here: Home > Convention & Trade Show > Dan Sessler
Welcome, guest: Login to your account
no 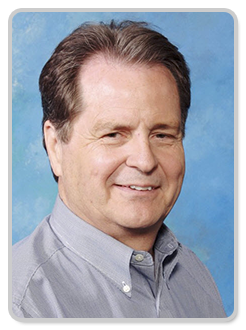 Over the years, TAB’s Annual Convention & Trade Show has become the largest state broadcast association event in the nation. None of this would be possible without support from Associate Members like Dan Sessler with RF Specialties.

After his first radio engineering job in West Virginia, where he helped build his area’s local public television, in his “spare time,” Sessler started a company called Professional Electronics.

The company sold and installed fire and burglar alarms along with sound reinforcement systems for churches and outdoor events.

Following the sale of his company in the mid-1970s, Sessler moved into radio station ownership to became co-owner of the same AM/FM combo he helped build when he was in his early twenties. Sessler served as GM, GSM, Chief Engineer and as a pilot, reporting traffic over the city in the station’s aircraft.

He sold his interest in the stations in 1988 and moved to Florida to become the Regional Sales Manager for the Harris Corporation’s Radio Broadcast Products division.

In 1998, Sessler accepted a transfer to Texas to become Harris’ Regional Television Sale Manager for DTV products throughout a nine state region.

He has served on the TAB Board of Directors and consulted TAB President Ann Arnold - and the Board - on the construction of the TAB Building in Austin.

After 22 years with Harris (most of it on airplanes!) – and after the DTV conversion was over – Sessler joined the RF Specialties Group. He now has more than 40 years of broadcast industry experience – in both technology and sales.

RF Specialties has been a TAB Silver Star Associate Member since 1989 and they’ve participated in the convention for more than 30 years. Sessler has been the president/general manager for RF Specialties of Texas for nearly eight years.

He purchased the branch from 2006 TAB Associate of the Year Don Jones in 2011 and moved the company’s Texas office from Amarillo to the Dallas-Fort Worth area.

For many years, RF has been a source for RF products such as AM/FM, TV and satellite transmitters, antennas, coaxial cable, and STL and RPU equipment.The company also features a complete range of studio products, such as audio consoles, microphones, amplifiers, speakers and digital audio editing and storage systems.

“Even though RF is kind of our competition – they have always done a great job taking care of their Texas customers,” said GBS’ Dan Giesler, 2016 TAB Associate of the Year.

Beginning with his time at Harris, Sessler has been a huge supporter of the TAB and the Texas broadcast engineering community.

Sessler is always one of the first companies to sign on as a TAB Convention Sponsor. His companies have co-sponsored TAB’s Walk-Around Lunch in the exhibit hall for many years.

Additionally, Sessler has been joining with GBS and several other TAB Associate Members to host an annual dinner for Texas engineers and their guests.

The dinner, held during the TAB Convention, has grown from just a handful of engineers to an event with nearly 200 attendees.

“The TAB Convention schedules many ‘Can’t Miss’ events, but on the first night of the convention you can find every Radio and TV engineer at the annual engineer’s dinner,” said TAB Chairman Ben Downs.

“What began as a modest event providing an opportunity to swap engineering war stories has grown so large that an entire restaurant has to be rented to accommodate the engineering talent that gathers for the Convention.”

Sessler and Giesler also partner with a handful of vendors and TAB Associate Members to host regional holiday gatherings across Texas. In 2016, they hosted 11 events in nine days, from Harlingen to El Paso and everywhere in between!

“TAB relies on the insight and leadership of our Associate Members to ensure the TAB Show and our year-round services address the key needs of our industry,” said TAB President Oscar Rodriguez.

“Dan Sessler ranks at the top of those Associates to whom TAB can credit much of our success.”